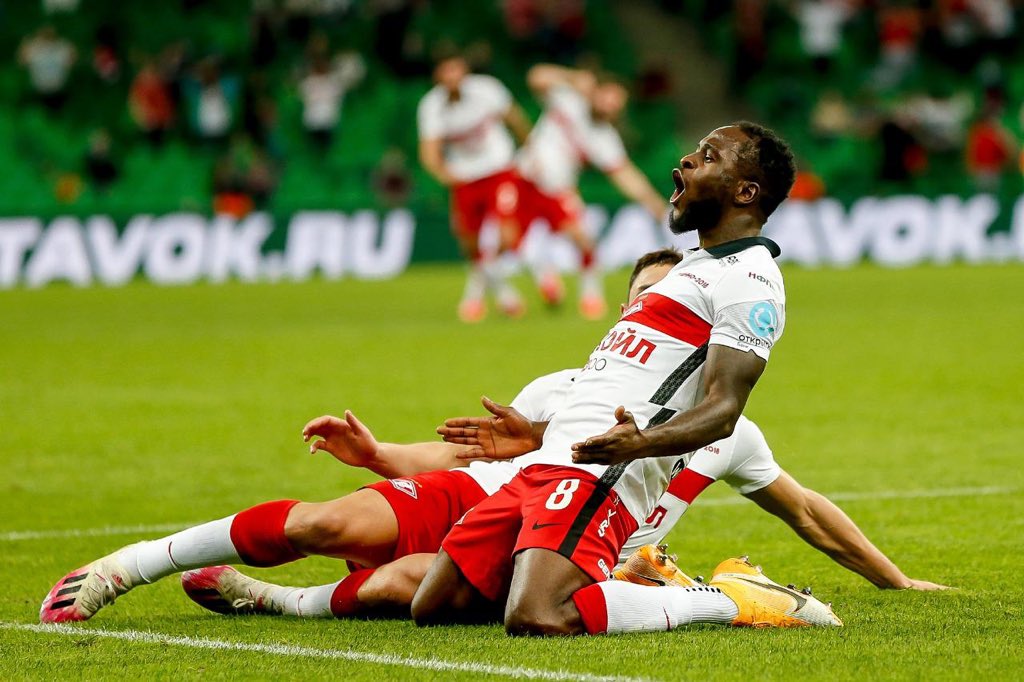 The 29-year-old opened his account for the Red and Whites in their 3-1 victory over Krasnodar on Saturday.

Moses believes Nigerians have the right to express their grievances through protest without having to lose their lives for it, and lent his support to the campaigners by dedicating his maiden goal in the Russian top-flight to them.

“Brilliant win today and delighted to get my first goal for the club,” Moses tweeted.

“I dedicate my goal today to the people of Nigeria. Enough is enough! Nigerians have the right to protest and not be killed for it. Pray for Nigeria.”

The versatile former Super Eagle has now made two appearances for Spartak Moscow since he completed his loan move to the side from Chelsea.

Moses will hope to continue his impressive performances when Spartak Moscow take on Rostov in their next Russian Premier League game on October 31.