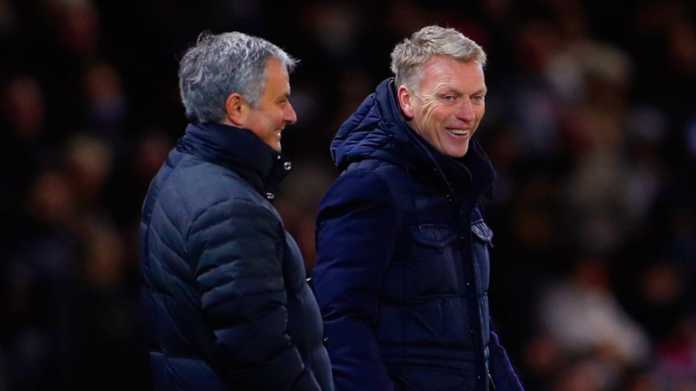 Manchester United boss, Jose Mourinho says he believes the clubs has a physicality problem in their squad which dates back over five years to David Moyes' era.

Mourinho also bemoaned that he has players who are ‘permanently injured' and believes it is a conditioning issue that Moyes and Louis van Gaal encountered.

The United manager claimed United played ‘in relation to their qualities' and, when asked to explain that, said: “First of all, we have lots of problems related to physicality, we have lots of players that I could consider injury problems, because some of our players are always injured and is not with me, was before me.

“Then there are qualities that a player has or doesn't have. You cannot improve, you cannot make them have. I give you an example: Robertson, Mane, Salah, Wijnaldum, Keita, Fabinho, they are physical players, on top of that they are good players technically, I also have lots of good players, technically, but we do not have many players with that intensity or physicality.

“And you like to say sometimes is the manager's choice, you can compare my Porto team with Liverpool.

“The qualities of the players are there, was my best team in defensive transition, we lose the ball, we bite like mad dogs and recover the ball after two seconds.

“In Real Madrid, I had my best team in direct counter-attack because I had young Di Maria, young Ronaldo, young Higuain and young Benzema, we killed everybody in defensive transition.

“And in Inter I had my best team in the low-block, people like Materazzi, Samuel, Lucio, Cordoba, in a low block, you can be there five hours and don't concede a goal, so players make teams play in a certain way.”