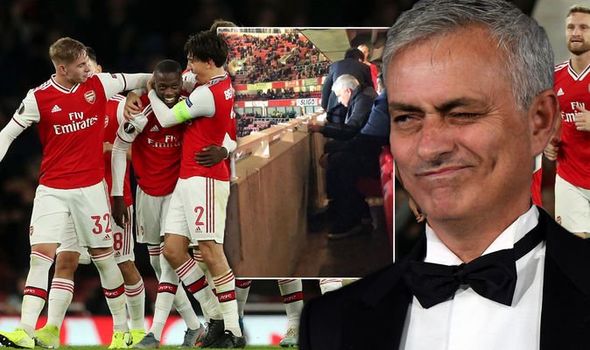 Former Manchester United manager, Jose Mourinho could reportedly be back to the Premier League as Arsenal manager, according to The Times.

Mourinho’s last job was in Manchester United where the 56-year-old was sacked last November.

The former Chelsea manager, however, could return to the Premier League as several reports are linking him to Arsenal.

The Portuguese was seen at Arsenal's Europa League match against Vitoria SC.

Gunners are having a difficult start to the Premier League this season as they are currently 5th in the table.

The newspaper reports that manager Unai Emery could be sacked if the North London club don’t make the Champions League next season.