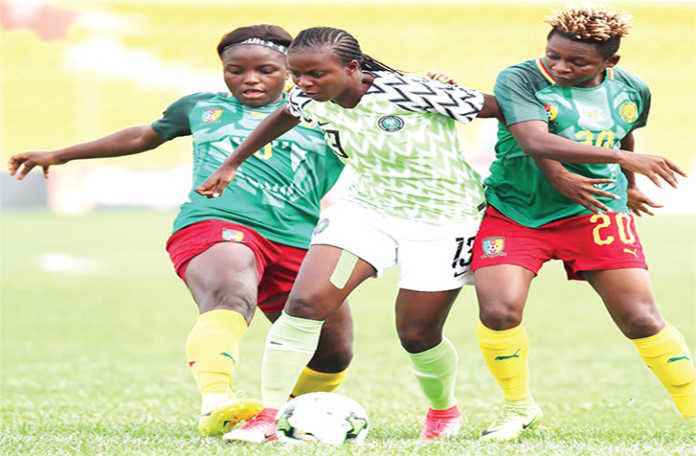 The National Association of Nigerian Students (NANS) has called on the Nigeria Football Federation (NFF) to ensure sufficient preparations for the Super Falcons ahead of the 2019 Women's World Cup in France.

NANS’ National Public Relations Officer, Mr Bestman Okereafor, made the appeal in a congratulatory message to the Super Falcons after the team won the 2018 Africa Women Cup of Nations in Ghana on Saturday.

Okereafor told the News Agency of Nigeria (NAN) in Enugu that the Falcons needs adequate preparation to make a mark on the world stage.

According to him, NANS is appealing to the President of NFF, Amaju Pinnick, to keep to his promises towards ensuring adequate preparation and welfare for the Super Falcons ahead of the 2019 Women's World Cup.

“We congratulate the Super Falcons over their well-deserved victory at the just-concluded 11th AWCON in Ghana.

“The team has successfully defended the AWCON title for a historic ninth time.

“Super Falcons making the nation proud means that support must be given to them too because the promise made to them by the NFF president, must be kept,” he added.”

The Super Falcons defeated Banyana Banyana of South Africa 4-3 on penalties after a 0-0 draw in regulation and extra time played on Saturday.