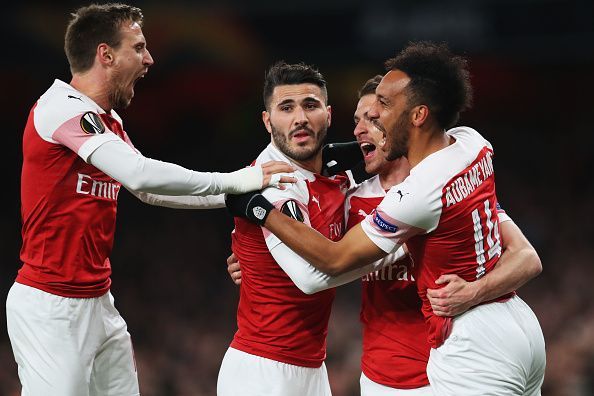 Arsenal will be in Italy tonight as they take on Napoli in their Europa League quarter-final second leg.

The Gunners have a 2-0 to defend courtesy of an Aaron Ramsey strike and a Kalidou Koulibaly own goal.

However, Napoli are a difficult side at the San Paolo, you can ask Liverpool who are one of many teams to have fallen to defeat in Naples this season.

The winner of this clash will play the winner between Villarreal and Valencia – Valencia have a 3-1 lead from the first leg.

Napoli vs Arsenal kicks-off at 8:00pm on Thursday 18 April.