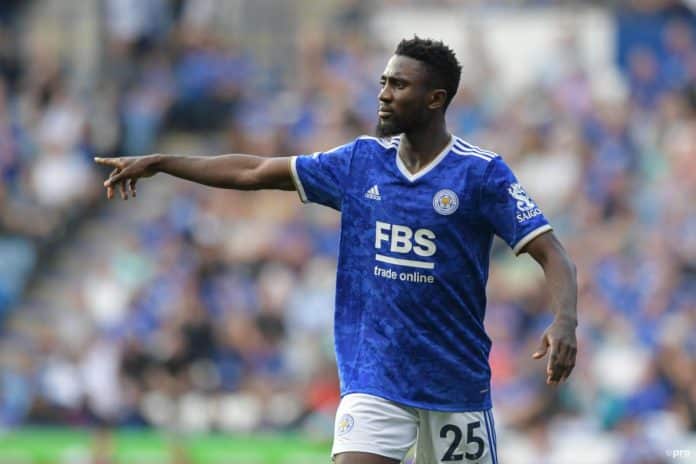 The gaffer made this known during his presser ahead of this weekend’s trip to Bournemouth in the Premier League.

Ndidi started for the Foxes in Monday’s 4-0 triumph over Nottingham Forest at the King Power Stadium but was substituted at half-time with Boubakary Soumare taking his place.

The Nigerian was initially expected to be fit for Leicester’s Premier League clash at Borunemouth but it seems that will not be possible.

Speaking to the media, Rodgers confirmed after the game that Ndidi hurt his hamstring, the same injury that had seen him withdrawn from Nigeria duty during the international break.

“In terms of the squad, Wilfred Ndidi will probably be out for a little bit,” Rodgers was quoted as saying by Leicester City’s official website.

“He came back from international duty with a hamstring strain. He recovered well but he felt it at half-time in the game and he was a little sore, so he might miss a few weeks.”

Ndidi has been hampered by injuries in 2022, missing the tail end of last season due to a serious injury he picked up against Rennes, which required surgery.

He has missed the last seven games played by the Super Eagles, including the doubleheader against Ghana in the 2022 World Cup playoffs. The 25-year-old was forced to leave the Eagles training camp in Constantine ahead of their friendly against Algeria last month.

So far this season, he has made eight appearances for the Foxes as they continued to struggle in their bid to retain their topflight status.

Meanwhile, Kelechi Iheanacho will be hoping to help Leicester City find their rhythm when they play again on Saturday. The Foxes nicked their first win of the season on Monday night and will be keen to make his back-to-back wins at the Vitality Stadium.