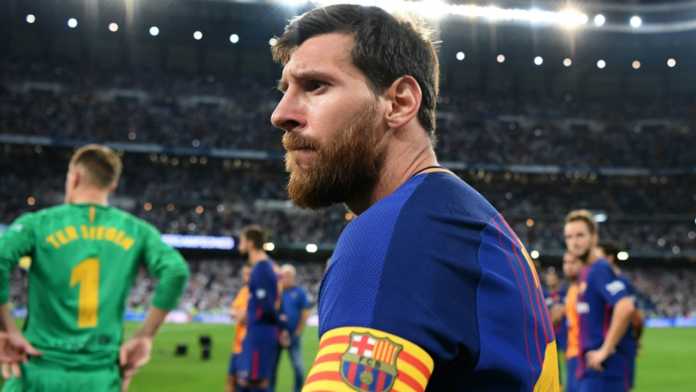 One of Barcelona’s players has handed in a request to be transferred after being treated badly by team captain Lionel Messi.

The blame game has begun in the Camp Nou dressing room and many players have gotten and passed on the blunt.

Sergi Roberto, who was one of the worst players across the two leagues, was free from all kinds of onus because of Lionel Messi’s bias towards him, according to Fox Sports.

Having grown fed up of the Argentina international and his unfair treatment towards Barcelona’s players, Nelson Semedo has handed in a transfer request and is eyeing a summer exit from Catalonia.

He was not even used for a single minute in the Champions League semi-finals despite Roberto being awful right from the first minute of the first leg.

Semedo believes that the Barca captain favoured Sergi Roberto to start and Ernesto Valverde – like he always does – bows to Messi.

As it is, the Portugal international has been used sparingly by Barca boss and it would be hard to see him stay in the Camp Nou amid offers from English and Italian clubs.