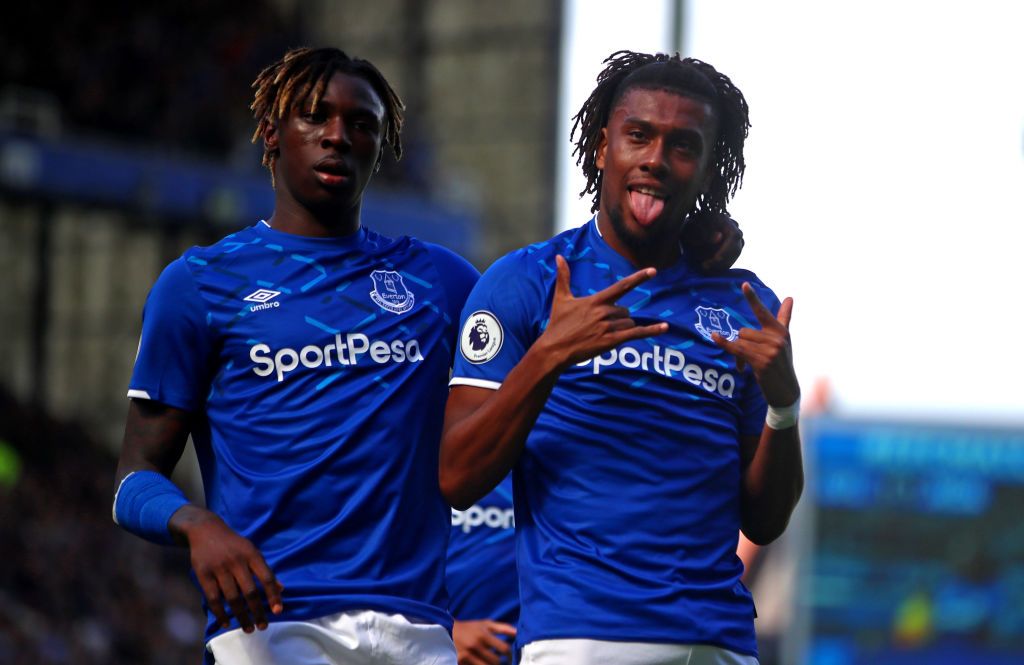 New Everton teammates are taking turns to mock Super Eagles star, Alex Iwobi for one reason during their training sessions.

The Nigeria International completed a switch to Goodison Park from the Emirates on August 8, in an initial transfer fee of £28m, and has scored twice in three matches – against Lincoln in the Carabao Cup and Wolves in the Premier League.

Surprisingly, his two goals have come off headed goals, having scored only once in the air since kick-starting his football career.

The 23-year-old forward insists he will continue working on his heading skills during training.

“I don’t know what’s been happening, they [Everton teammates] laugh at me when I try to head the ball in training,” Iwobi was quoted as saying by Everton official website.

“But the practice has been paying off. I was just trying to keep it on target [against Wolves]. I didn’t know I could jump that high,” noted Iwobi, who is excited he’s settling down well at Everton despite losing one game in their first five fixtures.

“I have been welcomed really warmly and I want to help my team with goals and assists whenever I can,” added the former Arsenal forward.

“I am enjoying myself and hopefully I will make more memories here.

“Our start has been okay and we will try to take that on after the international break. But there is always room for improvement,” he summed up.