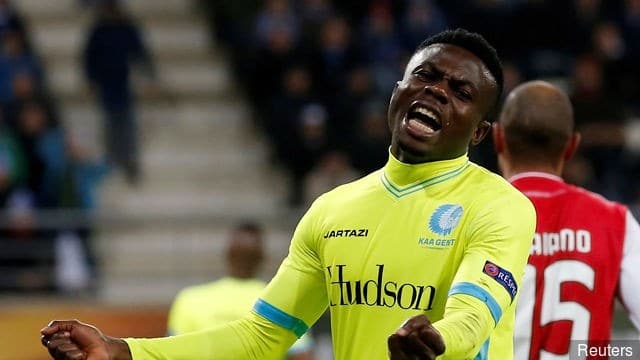 Newcastle United are reportedly monitoring the performances of Super Eagles winger, Moses Simon and the Premier League side could make a move for him in the summer.

Simon, 24, is currently on loan from Levante at Nantes, but his manager, Christian Gourcuff, disclosed the club have the intention of signing the Nigerian winger on a permanent deal.

However, their plans to extend Simon’s stay may no longer be possible with Newcastle interested in his services.

Eurosport France journalist, Manu Lonjon claims the Magpies are monitoring the performances of Simon but could be forced to pay 17m pounds for his services.

Nantes have the option of buying the Super Eagles star for just five million Euros at the end of the season, but GoalBall understand Moses Simon’s value has more than doubled following his performances this season.

The former Gent winger has scored eight times and provided eight assists in 25 outings for the Canaries this season.

However, there are reports Lyon and Hertha Berlin are also interested in the services of the Nigeria international.