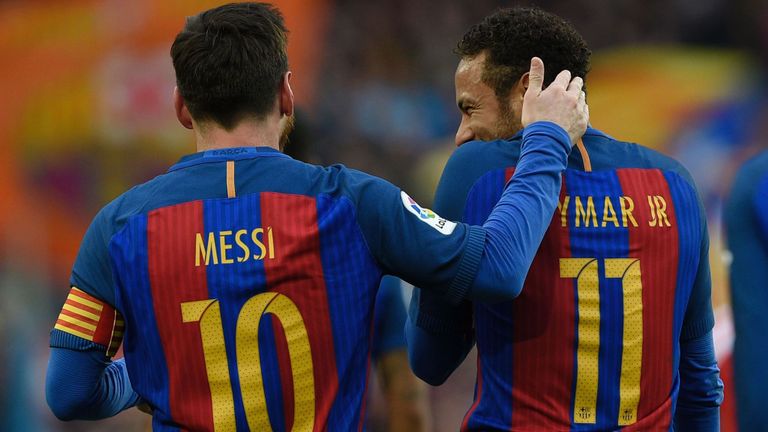 The Brazilian has been tipped to depart PSG for Barcelona this summer, two years after deciding to turn his back on the La Liga giants in a massive £200million transfer deal.

Neymar is seemingly unhappy with life at the Parc des Princes and keen on a new challenge elsewhere.

The Brazil international left Barca for PSG in order to win the Champions League but, in both of his two years at the club, they have been dumped out at the last-16 stage.

As well as Barcelona, Real Madrid have also been tipped to snap him up.

However, Catalan newspaper Sport say that Neymar has told Messi he wants to return to Barcelona this summer.

He has also said the same to Luis Suarez and both players are said to be open to the idea of a comeback.

But whether Barcelona chiefs go for him remains to be seen with other players on their radar also.