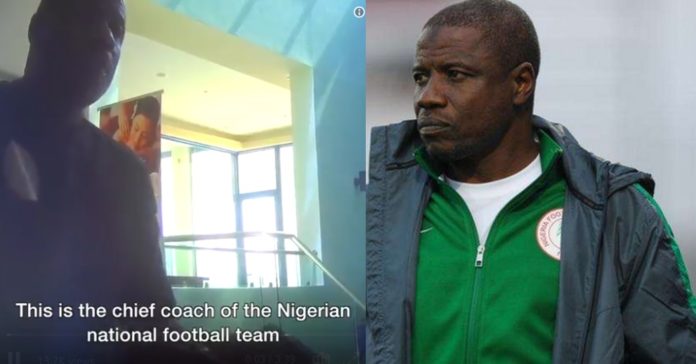 The Nigeria Football Federation said on Friday that it had taken note of some media reports arising from a BBC documentary involving the Mr Salisu Yusuf.

“For now, the NFF has commenced a preliminary investigation into the matter to assist the Committee on Ethics and Fairplay,” NFF's Director of Communications, Ademola Olajire, said.

BBC had posted a video showing the Chief Coach of the Super Eagles taking a bribe from men posing as football agents to two Nigerian players.

The footage was captured, in September 2017 by a Ghanaian journalist, Anas Aremeyew Anas and was broadcast by BBC Africa Eye.