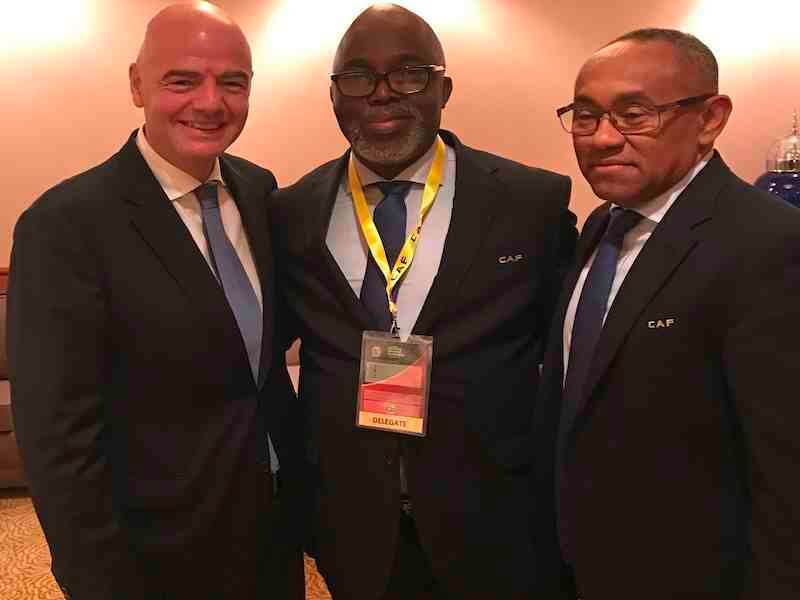 Amaju Melvin Pinnick could take over as the acting president of the Confederation of African Football (CAF) after French police arrested CAF president, Ahmad Ahmad, in Paris earlier on Thursday.

Ahmad was arrested due to allegations of corruption and financial misappropriation involving a French company, Tactical steel.

According to CAF’s bylaws, the NFF  President, who is the first vice president of CAF, will assume his duties for a transitional period of four months before convening an elective extraordinary meeting.

“If the president ceases exercising his functions on a permanent basis, the first vice president shall assume the presidency, and shall be obliged to convene an Extraordinary General Assembly, in accordance with these Statutes.

The Extraordinary General Assembly shall elect a new president, within a period not exceeding four (4) months from the time the office of president becomes conclusively vacant.”