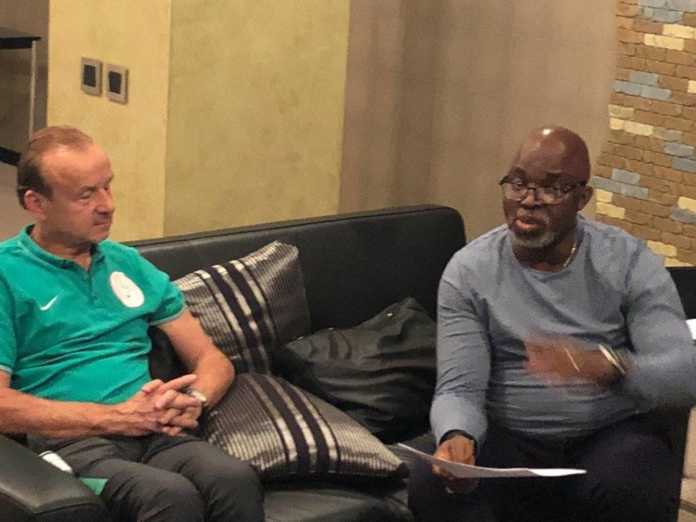 The Nigeria Football Federation has decided to take the international friendly match between the Super Eagles of Nigeria and Egypt to Stephen Keshi Stadium in Asaba because of funding.

Nigeria face the Pharaohs of Egypt on March 26 next year as the team intensify preparation towards Confederations of African Football‘s Cup of Nations.

Reports claim that the NFF agreed that the game holds in the newly constructed Stephen Keshi Stadium because the Delta State government has promised to bankroll the game.

“Since the state has accepted to host matches involving the team for now, who are we to say no? We all know what goes into a game as regards the financial implication. And Delta for now has been taking care of that on behalf of the federation which we are grateful for,” a source disclosed.

The Stadium had previously hosted international friendly between the Super Eagles and Uganda and also the final of the Aiteo Cup final between Rangers of Enugu and Kano Pillars.

Though Super Eagles coach Gernot is not satisfied with the state of the pitch and insist the NFF takes the team back to Nest of Champions in Uyo.