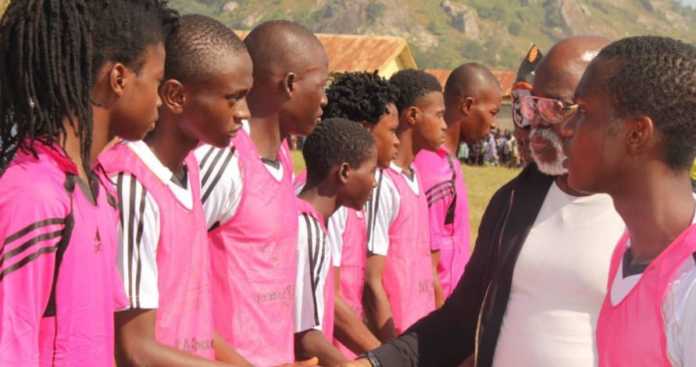 The Nigerian Football Federation has announced its readiness to support the Natasha Akpoti Foundation soccer Talent Hunt Tournament to further empower the youths through football.

NFF President, Amaju Pinnick, made this known yesterday while flagging off the maiden Grassroots Soccer Talent Hunt organised by the Social Democratic Party senatorial candidate for Kogi Central District, Natasha Akpoti, assuring that the football federation will work towards sustaining what he described as commendable soccer talent hunt program organized by the foundation.

Pinnick said the initiative is in line with the NFF's cardinal program to bring soccer opportunity to the grassroots.

He further said that North-central is key to the development of football in Nigeria, even as he promised a greater attention towards the region particularly with the coming on board of Natasha Akpoti Soccer talent hunt.

On her part, Natasha Akpoti stated that football and sports by and large are the strongest tools to empower youths across Kogi State who have amazing skills but remained untapped.

Natasha also reiterated her commitment towards developing copious talent that have not been exploited in Kogi not only in sports but other areas such as the creative industry.

“What I want is to have these youths find happiness and life in playing football since its what they have chosen as their callings, the foundation will always identify with top organizations like NFF to help us fish out those talents in Kogi State and North Central Nigeria,” she said.