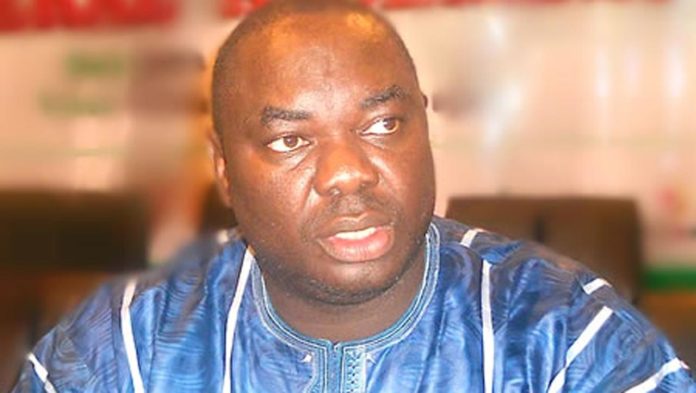 The Extra- Ordinary Congress of the NFF have ordered the review of the football house election rule so as to accommodate all the angry parties.

The order was part of the communique issued by the Congress at the end of their meeting today in Benin City, Edo State.

As part of the reconciliatory move to resolve the ongoing crisis swallowing up football in Nigeria, the Congress also offered to lift the ban on Ambassador Chris Giwa and his collaborators on the condition that they extract their case against the NFF from the court.

The Congress also mandated the NFF to reabsorb Giwa FC back into the Nigeria National Football League after the club was expelled from the NPFL a few seasons back after breaching the rules of the League Management Company [LMC].

See the full copy of the communiqué below:

a9) The Congress unanimously resolved that henceforth any member of the football family that takes any football matter to the ordinary courts of law would be automatically expelled from all football activities with immediate effect from the date of filing such proceedings or lawsuit.

1) Ensure the dismissal of all pending Court cases against NFF and its leadership, within 2 weeks of this resolution.

2) File affidavits in court to affirm to be bound by and uphold the football statutes and, undertake not to take any football matter to court but, to resolve any disputes and/or grievances within the available alternative dispute resolutions mechanism enshrined in the football statutes.

3) Upon the fulfilment of 1 and 2 above, the Congress hereby empowers the NFF Executive Committee to immediately commence the process of unbanning and or removing any penalties on persons that are currently under sanctions for breaches of the NFF Statutes, provided they first comply fully by withdrawing the court cases and filing the required affidavits.

1) Review the ongoing NFF electoral processes, guidelines and reopen the process for any qualified interested stakeholder to participate, including those that may qualify after meeting the set conditions of taking football matters out of ordinary courts as outlined above.

2) Adjust the election calendar to a suitable date in view of the fact that CAF has fixed its Extra Ordinary General Assembly in Egypt on the same date as the proposed NFF Elective Congress (September 29th 2018).

3) Accordingly, the Congress has unanimously approved and endorsed the suspension of all provision of the NFF Statutes, Electoral Code and Elections Guidelines that are time-bound to ensure the seamless implementation of the above directives and approval by the Electoral Committee.

4) All candidates for elections must undertake to work with the entire football family whether they are ultimately successful, or not, at the elections.

b9) Congress expressed appreciation to the Government and people of Edo State, particularly His Excellence, Governor Godwin Obaseki and Members of his cabinet, for the support given to the NFF Congress to hold its Extra-Ordinary General Assembly in Benin City.