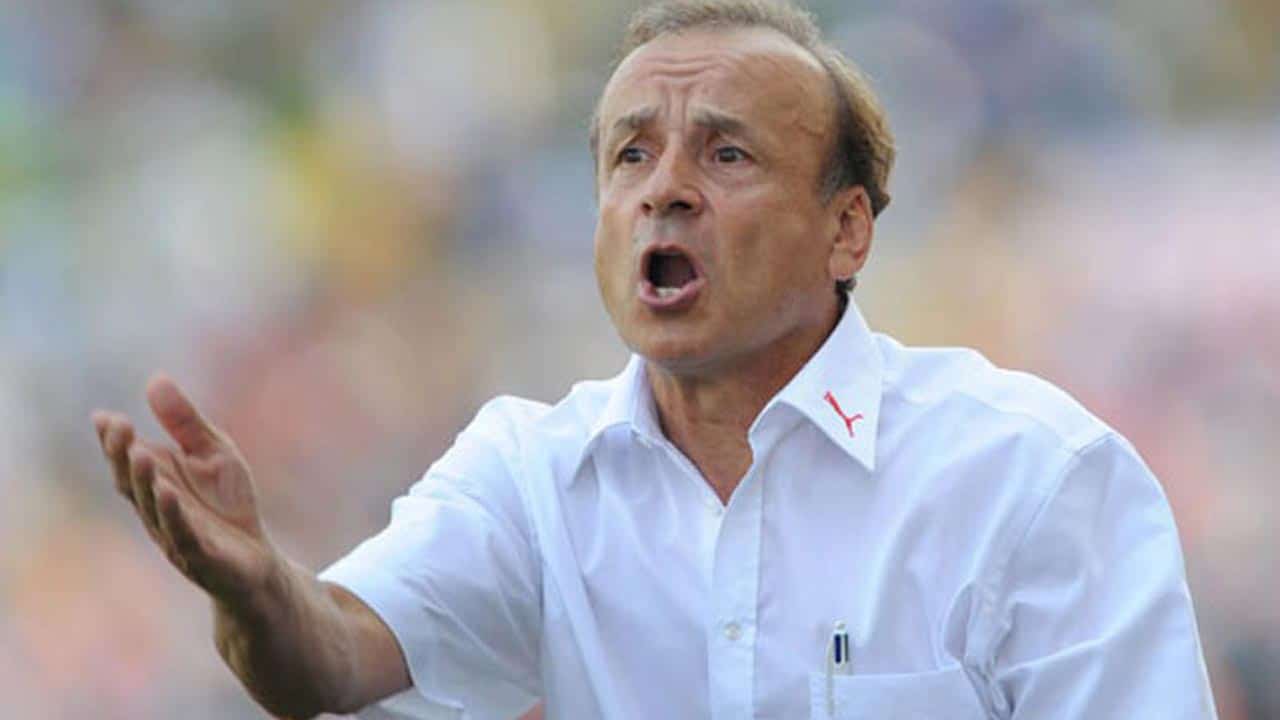 Super Eagles head coach Gernot Rohr has made it clear that he is looking at his options with just seven months left on his contract with the Nigeria Football Federation.

“The President of the NFF has told me that we will sit down in January 2020 for a discussion and the conclusion of the extension of my contract, which runs out on the 30th of June,” Rohr told insideworldfootball.com.

“To be very honest, I have enjoyed the last three years with the national team of Nigeria, because I can see the progress that I have made with the players over this period.

“I think that I have the chance to do something with this group for the 2021 AFCON in Cameroon and the 2022 World Cup in Qatar. The players are young, disciplined and willing to learn. I am very happy with them and my staff. We have formed a strong team, a strong unit,” he said.

“But I am surprised that the federation is taking their time to conclude a contract. And to be honest, I am also surprised that when I was given a contract extension after qualifying for the 2018 World Cup, it was only extended until July 2020, which is right in the middle of qualifiers for the 2021 Africa Cup of Nations in Cameroon. That is not normal and it is only the federation that can explain the reason for this.

“According to the provisions of my current contract with Nigeria, I am free, from January 1st 2020, to enter into a pre-contract agreement with any club or national team, to start work with them on the first of July 2020. That is my right,” Rohr said.

“After the AFCON in Egypt, I was approached by some national teams but I made it clear that I was still under contract with Nigeria and was happy to continue with my work here.

“I will wait for my conversation with the President of the Nigeria Football Federation in January when he says that we shall arrange a time to sit down and talk. We shall see what happens.

“While I have had a good time with my players and staff over the last three years, I have to say that relations with the administration have not been very easy, especially when it comes to the payment of my wages and that of the bonuses and allowances of my players and staff. There needs to be a lot more respect in this regard,” he said.

Rohr also claims he is owed close to $100,000 in bonuses and allowances by the NFF.

Jean-Jacques Bertrand, who served as the lawyer of Manchester United legend Eric Cantona, has been negotiating with the NFF on Rohr’s behalf to get the arrears paid.

“I preferred to get Jean-Jacques involved because it got to a stage that I didn’t want to be speaking to the federation about money all the time. It got tiring… I wanted to take my mind away from money and simply focus on my job and let him deal with the issues off the field,” Rohr said.

Nigeria, under Rohr, won a bronze medal at the last Africa Cup of Nations in Egypt and have made a strong start in the 2021 AFCON qualifying campaign, winning their first two matches against Benin Republic and Lesotho.

“We have made a very strong start to the campaign and we hope to continue with that when the qualification series continues in August. Hopefully, I will still be here by this time,” Rohr added.