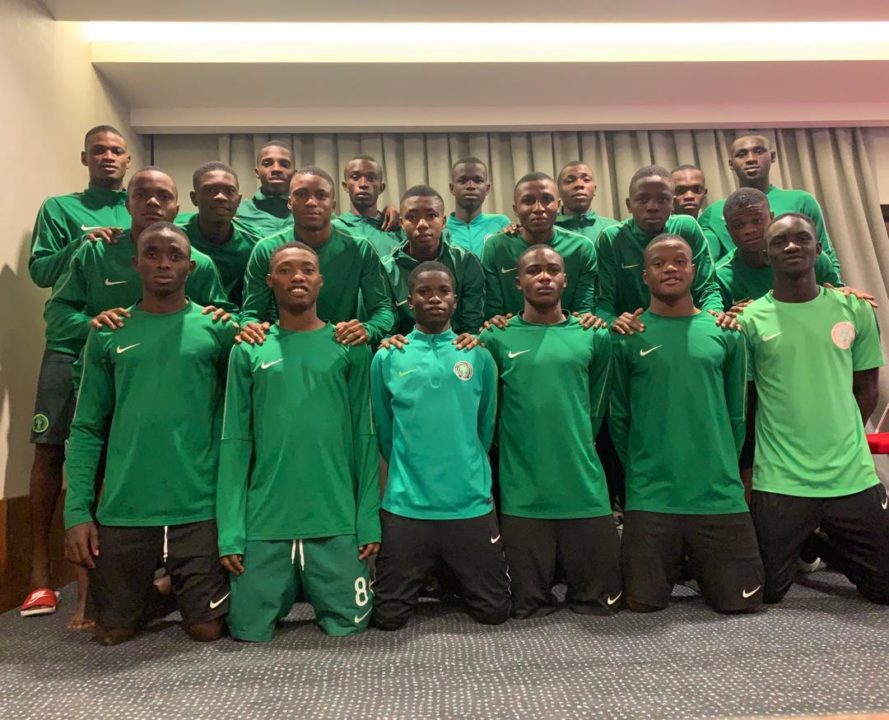 The Nigeria Football Federation (NFF) has cautioned Golden Eaglets players and officials to avoid the distractions of football agents that would disturb them in Brazil before and during the 2019 FIFA U-17 World Cup competition.

General Secretary of the football federation Dr Mohammed Sanusi, who gave the warning, also urged the players to focus on their games and put up an excellent performance to improve their market values.

He further emphasised that the federation deliberately did not set any target for the team to avoid mounting undue pressure on them, arguing that the concern of the federation is to build a team capable of raising talents for progression into the various senior national teams.

Fielding questions on what the federation told the Golden Eaglets players and the target set for them, the football federation’s chief scribe said:

“We told them to remember that over 180 million Nigerians are waiting anxiously to see them make them proud. We also told them they are carrying the load of millions of Nigerians and should not do anything to tarnish the image of the country.

“They should go there, play with the utmost respect for the teams but should not be afraid of any team. We are happy that they are very much aware of that. We also told them to focus on the game and only on the game and should not allow themselves to be distracted by the football agents that would hover around them directly or indirectly.

“We advised that once they can lift their games in the tournament, their market values will sour very high and they would be the toast of many clubs. We, however, did not set any target for them because the youth teams are developmental as far as we are concerned.

See Also | FIFA Licensed Agents In Nigeria: Steps On How To Find Genuine Ones

“The focus should not be about winning but to nurture players to succeed the ageing ones. We try as much as possible to avoid putting undue pressure on the youth teams,” Dr Sanusi said.