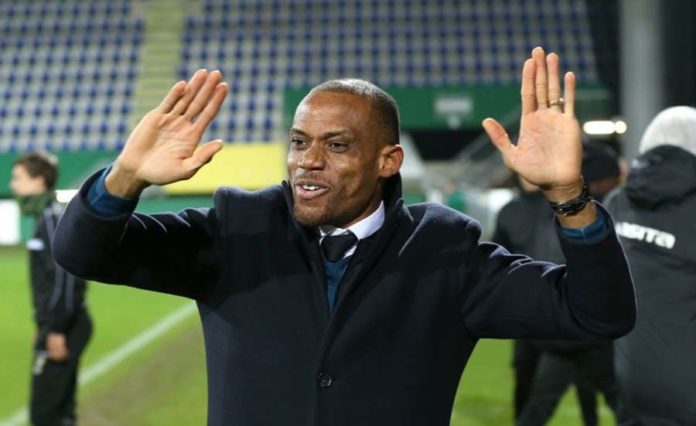 Former Super Eagles star, Sunday Oliseh has expressed gratitude to the Nigeria Football Federation for the legend's award given to the Nigeria 1994 World Cup squad.

The former Super Eagles coach said that words could not explain how happy he was for the recognition and urged other sports federations to emulate the NFF by honouring the nation's sports heroes.

“Indeed it is a great one for me and my teammates, those of us alive; we are very proud and it is also a moment to reflect on those who have passed on.

“We say a big thank you to the leadership of the NFF led by Amaju Pinnick, we really appreciate the gesture because it would go a long way to encourage others coming behind.

“Looking back at what the squad and what we achieved in 1994 at the Nations Cup, at the World Cup, also at the 1995 Afro/Asian Cup.

“We want a situation where a street in Nigeria be named after the Super Eagles 1994 squad just to acknowledge our achievements and spur others to continue to do well,” Oliseh said.

“It is a thing of joy for me and I really want to say thank you for the support because indeed it feels good to be recognised even after a long time.”

“The NFF has not turned its back on our family, we thank God for them and other teammates of my dad.”

“Indeed, it is a wonderful moment for us,” she said.