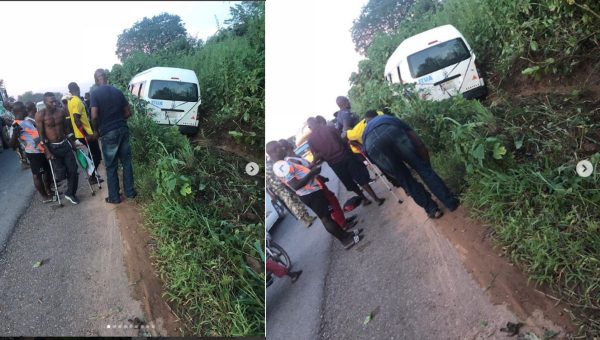 The Nigeria Amputee Football team was involved in a car accident on their way to Abuja from Lagos on Monday.

The Special Eagles had a visa appointment at the Mexican Embassy in Abuja for their trip to the Amputee World Cup in Mexico.

The team have relentlessly battled against odds in their bid to get to the World Cup in Mexico. After missing the last three editions of the competition due to a lack of funds, the team hopes to avoid a repeat which would result in grave sanctions by the World Amputee Football Federation.

Though there was no loss of life from the car crash that happened on the Lokoja-Abuja expressway, some of the players sustained minor injuries and scratches.

According to The Guardian, the members of the Amputee team were assisted by some military personnel that took them out of the crash site.

The team under the Sports Ministry, however, is in a race to gather adequate funds to cover logistics costs, upkeep and flight tickets to Mexico. They have explored different means to sourcing funds including a crowd-fund and sales of their bright-colored jerseys.

They got a major boost when the Nigeria Football Federation (NFF) and the Super Eagles donated money to their cause. The Federation gave the Special Eagles N2.5 million while the Super Eagles pledged about N6 million. The team is still reportedly short of the N14 million expected to get the team to the tournament.

The Amputee World Cup commences on October 24 in San Juan and Guadalajara, Mexico. Nigeria is placed in the same group alongside defending champions Russia, Brazil, and El Salvador.