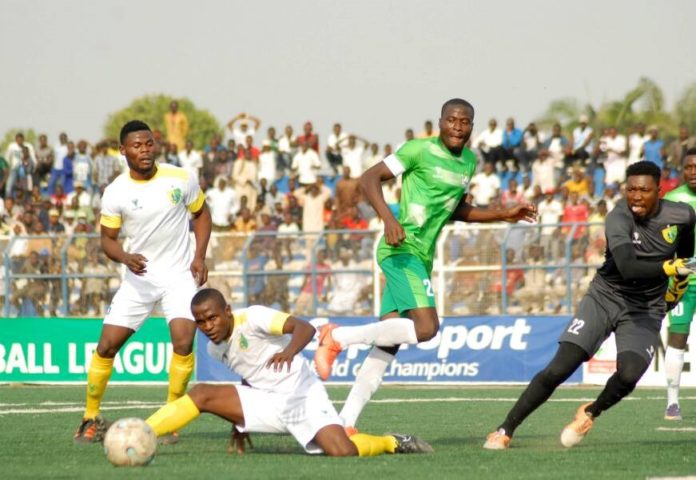 The Nigeria Professional Football League season resumes today Sunday, January 13, with 24 teams ready to battle for the prestigious prize at the end of the season.

Six games will go down today while others have been postponed due to the recently concluded Super 8 tourney in Aba.

While the remaining two are due to the teams campaigning in CAF Competitions – with Lobi Stars getting off their Champions League quest off to a winning start.

The League Management Company (LMC) stated that the 2018-19 league season will be an abridged league with the 24 campaigners shared into two groups of 12 teams each.

The LMC also made it known that the league will come to an end in May after which each team would have played 22 matches.

After which the league champion would be determined with a Super 6 tourney at a yet to be decided location.

Meanwhile, four teams from each group will be relegated at the end of the league season and four new ones expected to join them for the next one.

The league did not produce a champion last season because of the premature conclusion of the tournament after 24 games.

The club owners and other stakeholders voted to let the table toppers Lobi Stars represent the country at the continental level after just 24 round of games.

Remo Stars, Kada Stars, Gombe United and Bendel Insurance are the teams that moved into the NPFL after the conclusion of Super 8 tourney in Aba.

Normalcy is expected to return to NPFL as 20 teams are likely to participate in the league next campaign.