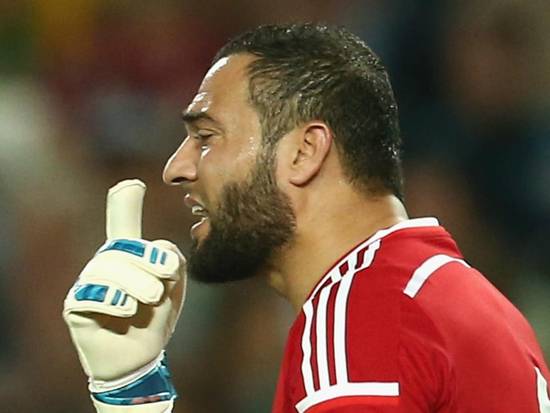 Entag El-Harby's goalkeeper, Amer Amer has withdrawn from the Pharaohs squad that’ll take on the Super Eagles in an international friendly in Asaba next week Tuesday.

Amer will be missing during the Nigeria Vs Egypt Friendly Match after he suffered a knock during a training session at the Borg El-Arab Stadium with 18 players in attendance.

The 32-year-old goalkeeper was a late call up by coach Javier Aguire to the Pharaohs who have qualified for the AFCON 2019 they are hosting in June.

He becomes the second goalkeeper to miss the March International friendly game through injury after Al Wehda's Mohamed Awad, who sustained a calf injury while playing for his club last month.

Despite the two absentees, Egypt are not expected to face any problems in the goalkeeping area with Zamalek's Mahmoud Gennesh, Ahmed El-Shennawy of Pyramids, and Smouha's Mahmoud Abou-Gabal also in the group.

The Nigeria Vs Egypt Friendly Match is more of a warm-up game after weekend's dead-rubber AFCON qualifier away trip to Niger.