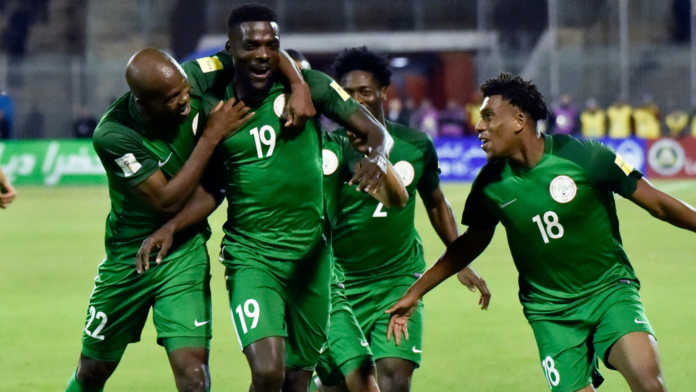 John Ogu has called on Super Eagles’ fans to rally behind the team as they look to secure the maximum points in their 2019 Africa Cup of Nations qualifying match against Libya today (Saturday) at the Akwa Ibom International Stadium, Uyo.

Nigeria sit in the third position in Group E with three points from their opening two matches, and a win against Libya could see them move to the top position in the table depending on the outcome of the group’s other matches between South Africa and Seychelles.

The Super Eagles midfielder further states that the team will go all out for a win in the game taking into cognizance the importance of the match.

“We will fight for maximum points today. We know the importance of the game against the Libyans,” Ogu stated in a quote on the official Twitter handle of the Super Eagles.

“So, we urge our fans to come out and give us their support as we aim to win for them.”

Nigeria failed to qualify for the last two editions of the Africa Cup of Nations following their title-winning campaign in South Africa 2013.