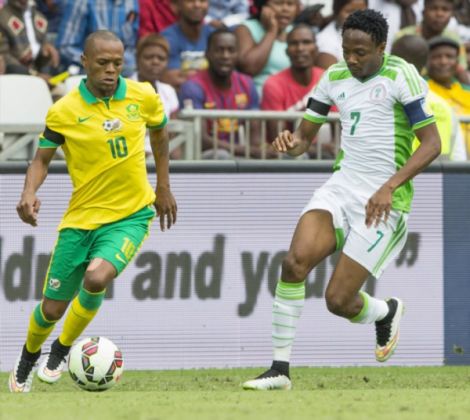 As the Super Eagles of Nigeria prepare to battle with the Bafana Bafana of South Africa in Saturday's Africa Cup Of Nations qualifier in Johannesburg, GoalBall takes a look at the head-to-head records of the Eagles against Bafana.

Nigeria have lost only two matches against South Africa, but just one came in a competitive match.

However, Nigeria have a bigger edge over their hosts in terms of facts, statistics, and records, having won seven games against The Rainbow Nation, while four matches between them have ended in draws.