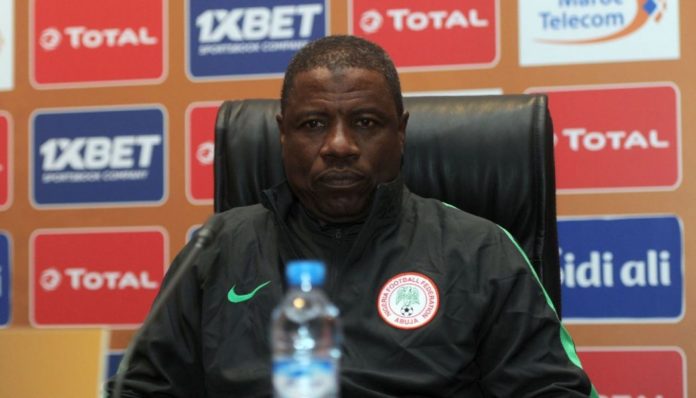 The Nigeria Football Coaches Association have backed Super Eagles assistant coach Salisu Yusuf who has continued to maintain that he is innocent in the video bribery allegations levelled against him where he was caught on camera taking cash from men posing as football agents.

The video was captured by controversial journalist Anas Aremeyaw Anas in September 2017 and broadcast for the first time by BBC Africa Eye.

In the footage, Salisu appeared to have received $1000, (N360,000) to pick two players for the 2018 CHAN championship and was further promised 15% by the men posing as football agents of the players once they are able to seal a deal abroad.

The association in a  communiqué signed by its chairman, Ladan Bosso, who is also the head coach of the Nigeria Professional Football League club, FC Ifeanyiubah said they do not believe Salisu should be held liable for any crime even though they respect the FIFA code of ethics.

“It is clear to the blind that the coach’s stand wasn’t distorted by the “triviality“ of the pecuniary gift made to him. The players in question prior to the issuance of the gift had already made the team and were in fact among the pillars of the team,” reads the statement.

“We do not think that the integrity and reputation of football has been affected by this though we shall investigate further as it dents the reputation of our association and members.

“Again, we think that the coach should be commended for stating clearly that players selection is based on performance. It makes no sense that our colleague who earns over 3 million Naira would stoop so low for a pittance of  $750/1000, which does not compare to the salary he earns. The trivial nature of what he received is the issue.

“This our member has debunked in his response to BBC

“To this effect, we stand with our member pending further investigations to ascertain if there are any breaches of ethics,” the Nigerian Coaches’ statement read further.

“As a body, we shall investigate further this matter and if there is need, we'll sanction or caution our colleague.”