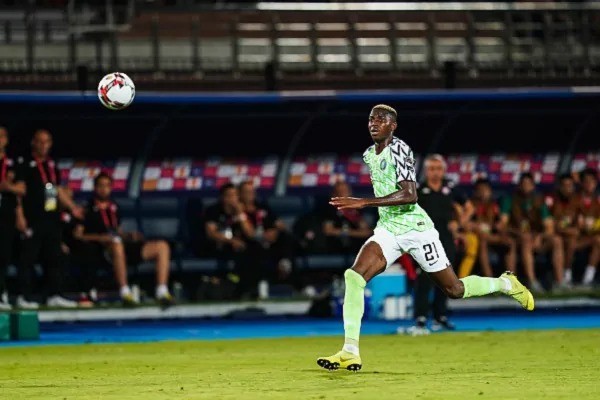 Nigerians have strongly criticised the Nigeria Television Authority NTA for the poor coverage of Wednesday's Africa Cup of Nations match between the Super Eagles and the Squirrels of Benin Republic.

South African cable sports channel Supersport had announced their inability to continue broadcasting any Confederation of African Football content following the sudden cancellation of the deal between CAF and French company, Lagardere Sports.

However, instead of NTA becoming the beautiful bride, they turned to a laughing stock with the poor quality of pictures, graphics and commentary that greeted Wednesday's game played at the Godswill Akpabio stadium in Uyo

“Shame on NTA, In fact, Shame on Nigeria. Imagine we can't enjoy good TV coverage in a game played in Nigeria. Shame on all of u. Smh,” Babatunde Solomon, a player in the Nigeria Professional Football League, NPFL, wrote on Twitter.

Another twitter user Buchi called on the EFCC to investigate the NTA as the establishment had benefited from huge sums of allocation from successive governments.

It would have done @NTANewsNow more good if they had not broadcast this match. Nigerians now know better. @officialEFCC should pay them a quick little visit soon. #ShameOnNTA

Oduwaye Kehinde also wrote: #ShameOnNTA When the hate speech bill passes and is signed, any criticism of the government will be tagged hate speech and whoever is convicted will get the death penalty. Who is going to convict and sentence @NTANewsNow for this hate on our eyes @NTA This is 2019!

What is the point of being the widest reach in Africa when the quality is appalling? While Daniel Akpeyi was facing the Beninoise attack, the camera was admiring the linesman. #ShameOnNTA #NGABEN

The chances of Nigerians seeing this weekend game in the away tie to Lesotho are far slimmer.