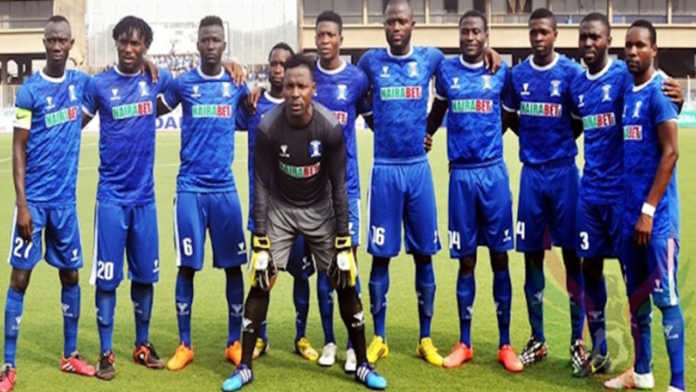 3SC have announced that 22 of their players were hospitalized on Monday ahead of their midweek NNL clash against Bendel Insurance in Benin for suspected food poisoning.

The clubs were scheduled to go head to head in a top of the table clash in Group B1 of the second tier League, but after a supper of vegetables, players of the visiting team were struck by a common symptom of food contamination.

According to a report by Sporting Tribune’s Niyi Alebiosu and Olawale Olaniyan, 3SC media Officer of Jubril Arowolo said: the players were rushed to the hospital about 11:00 pm on Monday following the incident.

Arowolo said, ‘Our players are serious in pain and won’t be okay to play the match in Benin. In fact, the cause of the food poisoning can’t be ascertained now, but it could be as a result of vegetable served the players during their supper.’

The Week 17 fixture which was earlier scheduled to hold in Benin City has thus been postponed after the official complaints by 3SC, per Akeem Lawal [The Nation]:

The management of @nnationalleague has postponed Wednesday’s #Bet9jaNNL week 17 outstanding match between @BendelInsurance and @Official3SC following a complaint of food poisoning in the camp of Oluyole Warriors which affected their players and officials. pic.twitter.com/yi5FPgGsyR

Shooting Stars, who are seeking a return to the NPFL, currently top group B1 with Bendel Insurance in second.