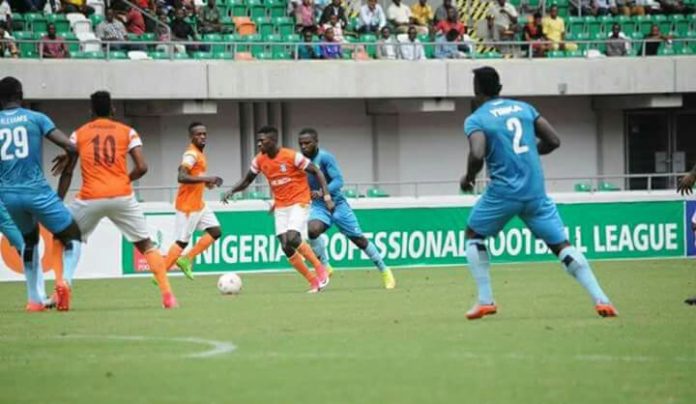 All newly-promoted teams to the Nigeria Professional Football League will be in action on Sunday, battling themselves in Kaduna and Sagamu.

In Kaduna, the Nigeria National League champions, Kada City, will be looking for a positive start to life in the elite league this Sunday in a matchday 3 encounter against another fellow newly promoted side, Gombe United.

SEE ALSO: None of the Aiteo Cup final players can make Eagles – Rohr

According to Premium Times, the Media Officer for Kada City, Jide Bodunde, is confident that the team will be boosted by some additional legs added to strengthen the team in key areas.

For the game in Sagamu, the newly appointed Technical Adviser of Remo Stars Football Club, Kennedy Boboye, has assured the fans of a maximum victory against fellow newly-promoted Bendel Insurance FC.

Speaking with RSFC Media, Boboye says he is optimistic ahead of the game and he sees it as an opportunity for the players to turn around the 1-0 defeat they had against the Benin Arsenals at the Enyimba Township Stadium in Aba.

“The players are very ready for the game because this was the team that defeated us in the Bet9jaNNL Super 8 in Aba, it's payback time and I can see the seriousness and commitments in the boys since the day we have been together.

“I am very optimistic ahead of the game and I see my boys coming out victorious tomorrow, I think we will defeat the Benin Arsenals 2-0,” Boboye said.

In other games elsewhere, Kwara United will host Enyimba in Ilorin while Kano Pillars will be battling Akwa United at the Sani Abacha Stadium.