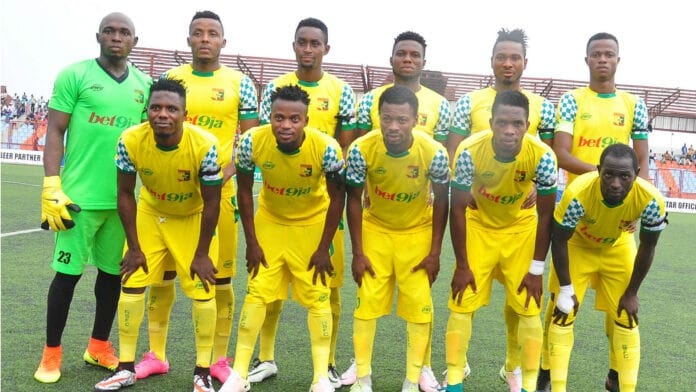 In preparation for the new NPFL season, Remo Stars have signed Tijani Kabiru from NNL side, Ottasolo International FC.

Kabiru is an attacking midfielder who was loaned to Sunshine Stars last season during the days of Gbenga Ogunbote at the Akure Gunners.

It will be recalled that Tijani played under the coach fondly called Oracle in Sunshine football club.

It's a moment of reunion for the Kano-born midfield Trojan, Tijani Kabiru to team up with his former coach.

Tijani's transfer is the second transfer made by the Sky Blue Stars having signed Ekundayo Ojo from Enyimba on a two year deal last week.