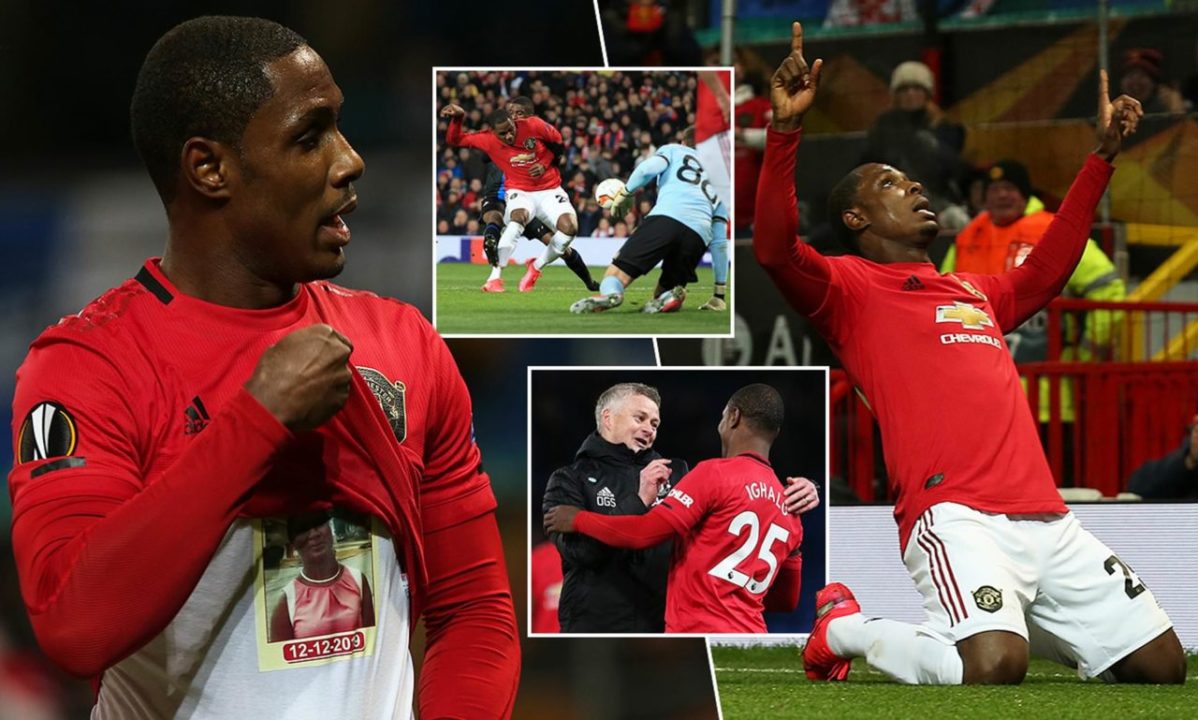 Manchester United striker Odion Ighalo scored his maiden goal for the club during their clash against Club Brugge on Thursday night. He dedicated his goal to his late sister.

Ole Gunnar Solskjaer’s side scored five past Club Brugge to secure their spot in the Round of 16 of the Europa League. In a heartwarming gesture, Ighalo dedicated his first goal to his late sister.

Odion Ighalo scored his maiden goal for Man United in the 34th minute of the game, after a great effort from Juan Mata to get into the box, only to cut it back towards Ighalo.

The striker was quick to react and hit it past Mignolet for the first Ighalo goal ever scored at Man United.

Ighalo dedicated his first goal to his sister who had died last year. He displayed a t-shirt with his sister’s image imprinted along with the date of her death.

He pointed towards the image while dedicating his maiden Ighalo goal to her.