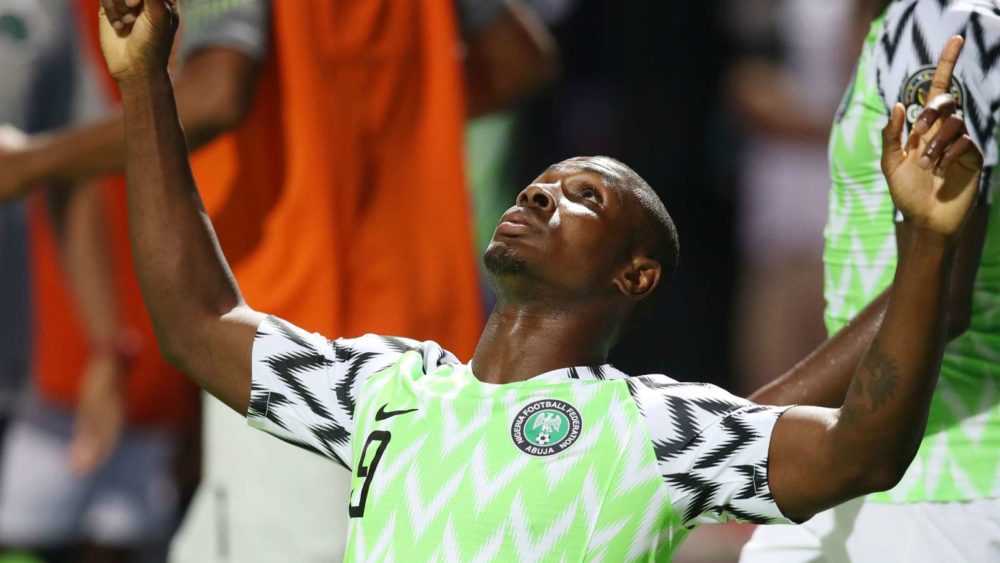 The AFCON 2019 top scorer award winner wrote “This is one of the most difficult career decisions I have had to take. It’s been an amazing five years journey, but after due consultation and extensive discussion with my family, I have decided it’s time for me to retire from the National team.

“It’s has been an eventful and most memorable opportunity to serve my country with pride, passion and to contribute my quota to the development of our football, the memories would stay with me for a long time and I’m immensely grateful.

“It is now time to concentrate on club football and give the younger players the chance to learn and grow. I would love to thank the NFF, coach Gernot Rohr for believing in me against all odds, to my teammates for their professionalism and team spirit. Without you guys, I wouldn’t have achieved so much with this team.

“To Nigerian football fans all over the world, I say thank you, you were always there to cheer us on and our 12th players every time we step into the pitch. I will be watching and cheering the Super Eagles from this side. thank you….signing OUT,” Ighalo said in a statement.

Ighalo also released a statement directed to his Shanghai Shenhua fans concerning his current injury situation. The striker copped what looked like a hamstring after scoring the Super Eagles’ lone goal winner against Tunisia.

“This is the most difficult season in my club career, but playing for my country has always been a dream and this is the last big tournament in my international career,” he said.

“ I’m so unlucky to have got the same injury and especially this period that my team needs me. l feel so sorry for the fans, that I will be missing some games, but I will work hard to be back ASAP to end the season very well,” Ighalo appealed to Shanghai Shenhua faithful.