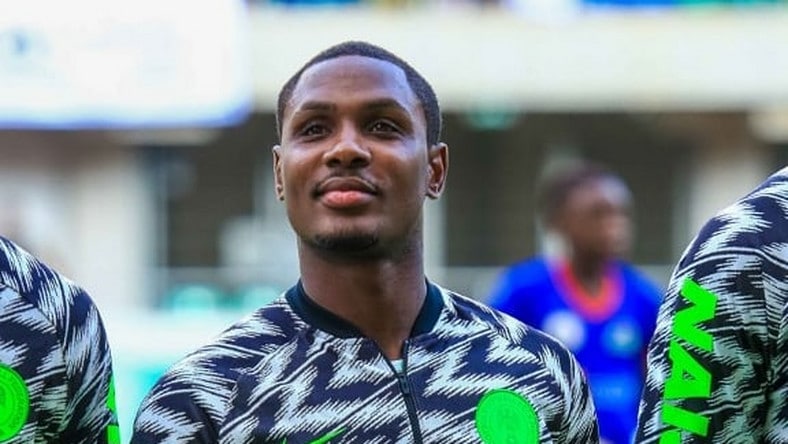 Odion Ighalo has hinted he could be back playing for the Super Eagles just weeks after announcing his retirement from international football, reports soccernet.ng.

The Chinese Super League striker shocked Nigerians when he announced his retirement from the national team following the Super Eagles win over Tunisia in the third-place match at the 2019 Africa Cup of Nations in Egypt.

After defeating the Carthage Eagles, Super Eagles manager, Gernot Rohr revealed the former Watford man has retired from the national team. “He has been very strong for us,” Rohr told ESPN. “And it is sad, that he wants not to continue. But the door always is open for him any time.”

The former Granada striker then took to his social media pages to confirm Rohr’s comments, saying he is done with the Super Eagles.

However, following his announcement, NFF President, Amaju Pinnick revealed he has spoken to him to reverse his decision.  But Ighalo revealed he has not taken a decision yet as that time, saying he will need to consult his family before deciding.

It now seems he has made a decision after he posted a picture of him with the Super Eagles on twitter with a cryptic caption, saying “Coming Back Stronger.”

Ighalo’s comeback will be a huge boost for Rohr and the Super Eagles who begin their qualifiers for 2021 AFCON in November.  He became the second Nigerian to win the golden boot at the just-concluded biennial tournament in Egypt, scoring in games against Burundi, Cameroon, Algeria and Tunisia.