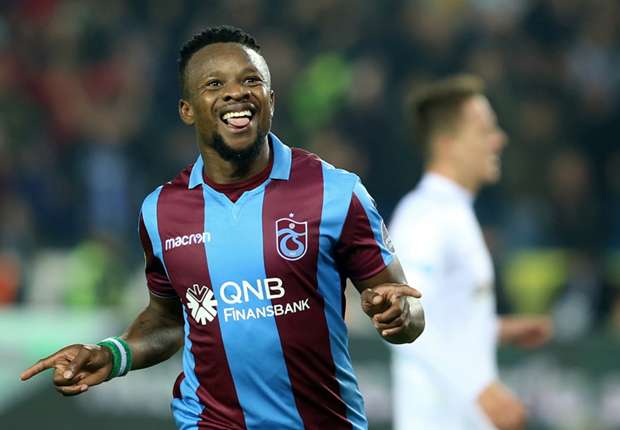 Super Eagles midfielder, Ogenyi Onazi has been named in the Turkish League Best XI after the first stanza following his extraordinary display which has helped the club to second place on the league.

The Trabzonspor of Turkey midfielder, who successfully underwent surgery for a ruptured Achilles tendon on Monday in Istanbul, had the former Lazio player’s name in a midfield trio alongside former Real Madrid star Robinho and Yeni Melatyaspor and Guilherme.

As expected, surprise leaders Istanbul Basaksehir dominate the XI with four players following their impressive start to the season with Senegalese forward Mbaye Diagne of Kasimpasa the star attraction after netting 20 goals in the first 17 league games of the season.

The recognition will come as a plus for the 26-year-old who was also rated the league's best ball winning midfielder.

Onazi has already equalled his last season's tally in terms of goals and assists this season despite playing just 16 games.