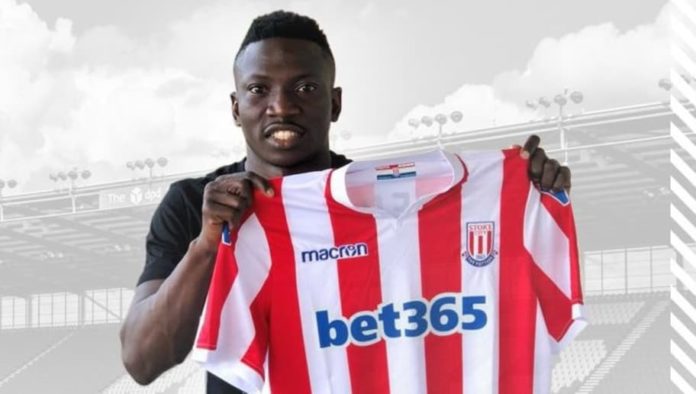 Oghenekaro Etebo says he is aiming for a promotion to the Premier League with his new club Stoke City.

The Nigerian midfielder joined the EFL Championship club from CD Feirense in Portugal, having spent last season on loan in Spain with Las Palmas.

The Super Eagles star enjoyed a fine 2018 World Cup notwithstanding Nigeria’s early exit from the competition and is hopeful of a speedy return to the top flight for the Potters.

Etebo said he will join the rest of the Stoke team this weekend for pre-season training.

The 22-year-old will miss the friendly game against Walsall this weekend but hopes to travel with the team to Germany on Monday for a training camp.

The player declared: “I’m happy about my new club and I want to make things right. It will be a different terrain for me but I’m always ready for challenges and this won’t be an exception.

“Stoke is a big club and they deserve to be among the top. Playing for promotion will definitely be our priority and I’m ready for the task ahead.

“I prefer to play in the offensive role in the middle of the park because it gives me the freedom to express myself, but that is not my decision to make as the coaches will decide where best I can play to help the team achieve its aim.”