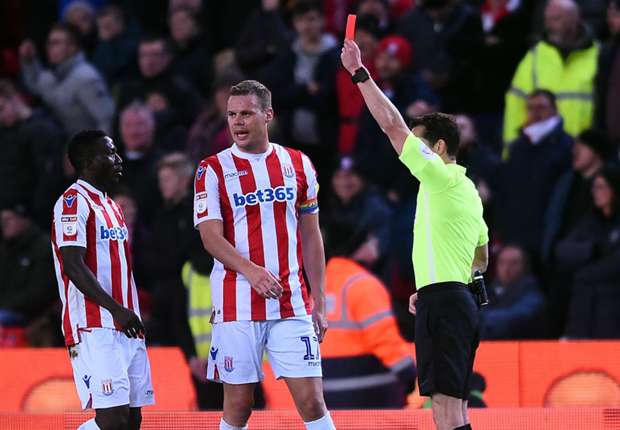 The Stoke City of England midfielder was sent off for a high tackle on an opponent but said he was glad that his team held on to beat Derby County 2-1 at Bet365 Stadium.

The victory for Stoke City after Etebo's sending off sparked a wild melee between players on both sides, and the former Warri Wolves, Fereiense and Las Palmas star admitted he was relieved to see The Potters brave all odds to pick full points.

Despite Wednesday's setback and recent struggles by The Potters, the Super Eagles star insists he made the right decision by joining Stoke in the English Championship, despite interest in Germany and France.

Etebo moved to Stoke on a five-year deal from Feirense of Portugal few weeks to the start of the Mundial in Russia, where many believe he would have got a better deal.

The 23-year-old had impressed on loan at Las Palmas of Spain and was expected to use the World Cup as a chance to showcase his talent, but the 2018 World Cup sensation insists the move to Stoke was not hasty on his part.

Etebo stressed: “I have no regrets joining Stoke City. I love the Stoke City project and I also gave them my word. I always stick to my word. I don't regret it.”