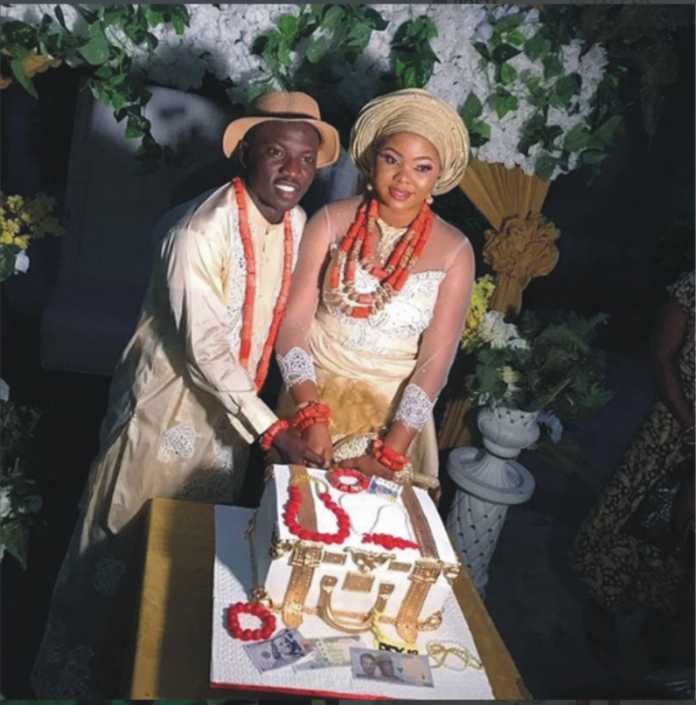 The Super Eagles midfielder tied the knot traditionally with his lovely spouse and mother of his child, Bethel in Warri, Delta State.

The quiet traditional marriage ceremony had in attendance Etebo’s immediate family members and friends at the bride’s family house.

When asked why he opted for a quiet wedding, Etebo told Complete Sports that he decided to get married to his spouse who has been there for him before the year runs out.

“She has been there for me and she’s the mother of my son.

“We barely had time to do this and I felt it was necessary to get the marital rites done with before the year ends,” he said.

Meanwhile, the Nigerian international will not be available for Stoke City’s trip to Villa Park to face Aston Villa on Saturday due to suspension.

Etebo has played 14 English Championship games for the Potters since he joined the club in the summer.