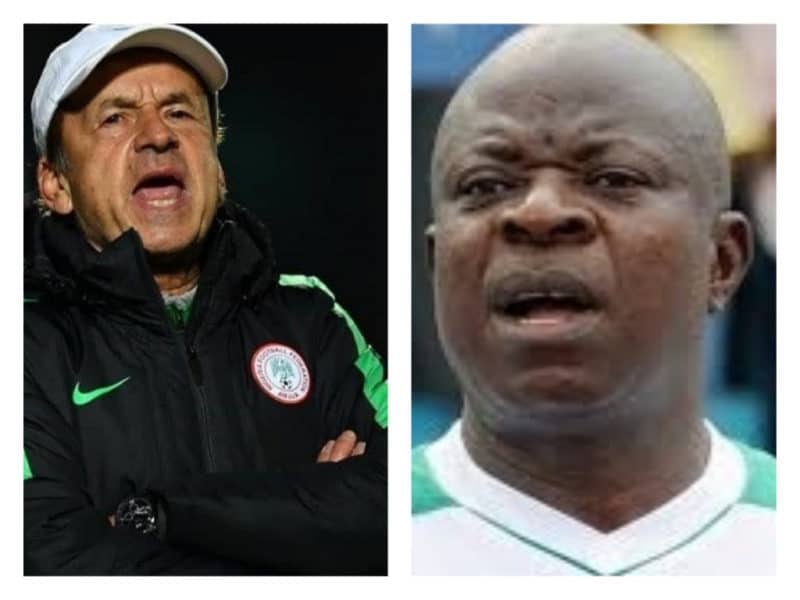 Former assistant coach to late Stephen Keshi, Sylvanus Okpala has encouraged the NFF to go back to local coaches to manage the Super Eagles saying, Genort Rhor has tried and he should pave way for an indigenous coach to manage the team.

‘The way someone handles his properties is far better than an outsider handling it, and I’m available for the Eagles coaching job if the need arises” he said.

The former Super Eagles player spoke to brila.net in a chat that he is not undermining the performances of Coach Rohr, but this time around, a Nigeria coach has to take charge, take proceedings on managing the super eagles and such persons according to Okpala should possess good qualities of coaching.

‘Gernot Rohr has tried but he could have done better, like I said, read my lips if you want anything to be done well for you, do it yourself, someone can’t come and do it for you, and it will not just be.