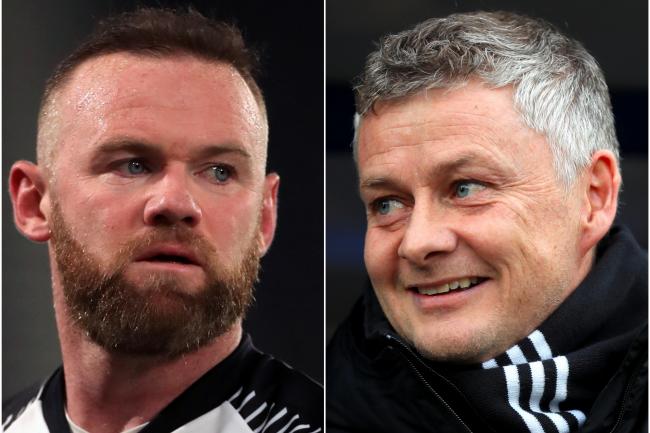 Ole Gunnar Solskjaer has recommended that Wayne Rooney could become the next manager of Manchester United if the club’s record scorer wants it sufficiently.

The ex-Red Devils star faces his old team in the FA Cup fifth round with Derby County on Thursday after returning to England with the Rams from MLS.

Rooney scored 253 goals across 13 seasons at Old Trafford between 2004 and 2017, during which time he won the Premier League title five times as well as the Champions League in 2008.

The former England captain left to join Everton in 2017, before departing for the US a year later where he played for DC United.

And Solskjaer believes that with the right application The 34-year-old could follow in his own footsteps as a former United favourite returning to manage the club.

“It takes over your life but it’s the best – the second best – after playing so I’m sure there’s many ex-players and manager that would like to have my job.”

Rooney faced United twice as an Everton player in 2017-18, though he ended up on the losing side in both games as his boyhood club were beaten 4-0 and 2-0.

He said he would celebrate if he netted on Thursday, though he promised not to react with the same level of gusto as he did when returning to Everton during the early years of his United career.