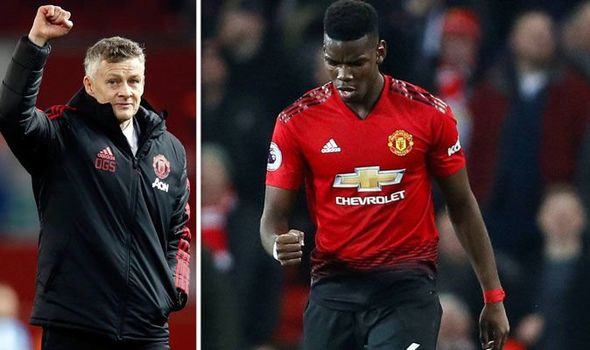 Pogba was stripped of the captaincy by Solskjaer's predecessor Jose Mourinho earlier in the season as the pair's relationship went south.

SEE ALSO: What Pogba Said About Mourinho After Cardiff Win Will Shock You!

Manchester United interim boss decided to hand him the armband again in a 2-1 defeat by Nuno Espirito Santo's side, which saw goals from Raul Jimenez and Diogo Jota dump the Red Devils out of the FA Cup despite a late strike from Marcus Rashford.

Castles believes Solskjaer's decision to name Pogba captain was one of his biggest mistakes in the Old Trafford hot-seat.

“I really do not understand why he chose to make Paul Pogba captain of the team in the same season in which he'd been stripped of the captaincy,” he told The Transfer Window podcast.

“I think Ole Gunnar Solskjaer hasn't made many mistakes since he became manager of Manchester United, but I really do not understand why he chose to make Paul Pogba captain of the team in the same season in which he'd been stripped of the captaincy in front of the rest of the players for those press comments that I mentioned earlier.

“Stripped of the captaincy in a way that the other players didn't particularly object to. They understood the reasons for it because he wasn't acting like a captain.

“Now Solskjaer's argument would be that Pogba's played very well for him during the period that he's been in charge of the club, which is correct, and therefore you dispense with what has happened in the past.

“But I think there's a real naivety about that kind of reasoning because what happened in the past happened.

“The whole squad that he works with saw what happened, they've seen the way that Pogba has behaved over his three years at the club, they've seen the potential for him and for his agent, remember, an agent who last season went around the major clubs in Europe, including direct rivals Manchester City, offering his player to them because the player wasn't happy with his situation at Manchester United.”