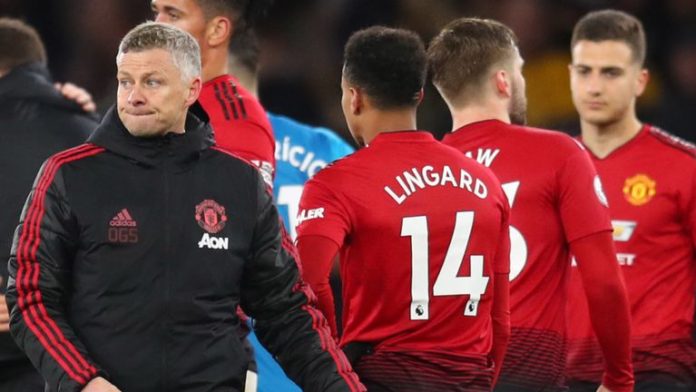 Manchester United were defeated by Wolves in the Premier League on Tuesday night, with the Red Devils slipping to a 2-1 defeat at Molineux.

Ole Gunnar Solskjaer had seen his side slip to defeat against Wolves mere weeks previously in the FA Cup.

Three of his players let him down amid the heat of the battle at Molineux.

Young now appears to be past his best, despite the England international currently being the club's No 1 right-back.

A second player who let United down was Fred, who arrived from Shakhtar Donetsk in a £52million deal last year.

The Brazil international was at fault for Wolves' opening goal of the game last night.

United fans were quick to mock Smalling and Phil Jones after the final whistle.

Smalling scored the own-goal that allowed Wolves to inflict a second defeat of the campaign on United from three head to head encounters.

But Jones is the real villain.

United, bafflingly, gave the England international him a new contract earlier in the season.

The very fact that United are eyeing a marquee centre-back this summer shows Jones is not up to scratch.