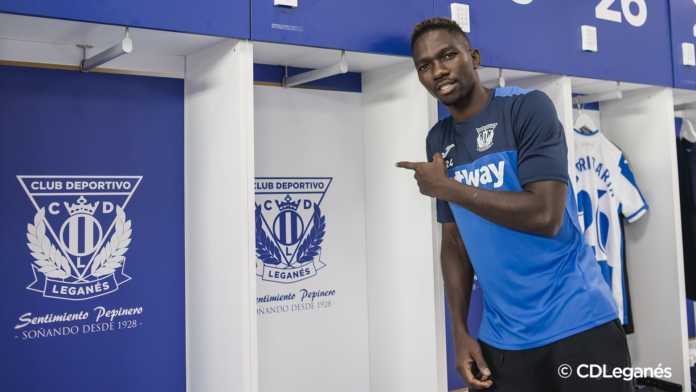 According to SCORENigeria, Kenneth Omeruo will welcome his loan move if made permanent at CD Leganes because the La Liga club feels very much like home.

The Super Eagles defender is on loan from Chelsea till the end of the season and he has already established himself at Leganes, who have done well so far to stay clear of the relegation pack.

“Right now, I feel more at home,  having been tossed up and down on different loans deals before arriving at the Spanish side,” the two-time World Cup star opened up to SCORENigeria.

“It has been quite amazing and interesting.

“I am feeling more and more fulfilled by the day playing in a top league, it’s more like a dream come true for me knowing full well La Liga is rated as one of the biggest leagues in the world.

“I will not hesitate to sign the dotted lines for the Spanish side if the opportunity comes.”

The modest Madrid club will have to shell out five million Euros to sign the 25-year-old on a permanent basis in the summer.

After his La Liga debut was delayed owing to a work permit, Omeruo has now played his team’s last 10 league games, while Leganes are 16th on the table with 19 points from 17 games, four points clear of the relegation zone.