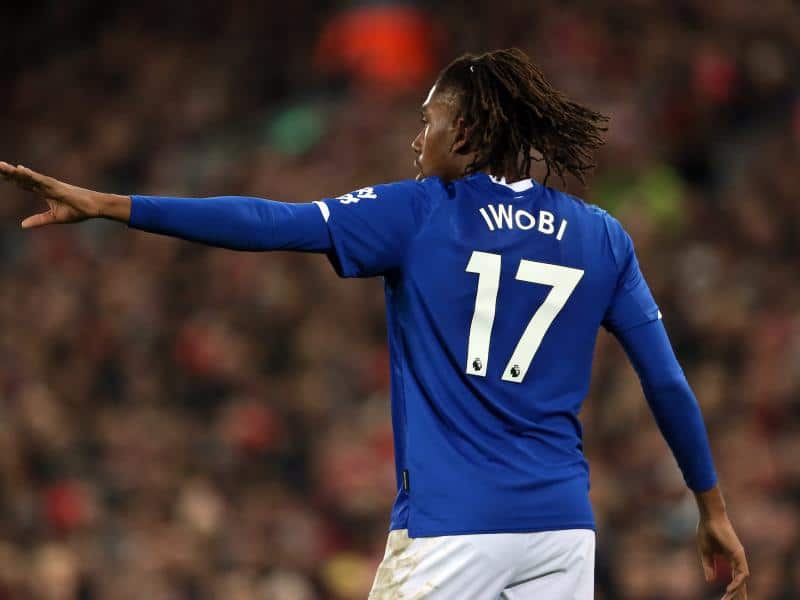 Nigerian midfielder, Alex Iwobi, has been praised by his Everton teammate, Amadou Onana for his contributions in Toffees' midfield in the Premier League this season.

In an interview with Sky Sports, Onana paid tribute to both Iwobi and Idrissa Gana Gueye after returning to Merseyside following his World Cup group stage exit with Belgium.

Frank Lampard has been able to create a formidable midfield three since the arrival of Onana. It has been the Belgian, Gueye and Iwobi in the middle of the park for the former Chelsea boss.

Onana says he has been so impressed with the midfield duo since arriving at Goodison Park and cannot wait to get back out there on the same pitch as them.

“In terms of the midfield three (alongside Gana and Iwobi), I feel it worked. I feel quite comfortable playing with Gana and Alex as they’re amazing players and they make it quite easy for me.

“Playing as a number eight or in a deeper position in the number six, I don’t mind. Wherever the gaffer needs me, that’s where I’m going to play. I feel I have the ability to play in both positions.

“I can’t wait to get back out there. I’ve missed Goodison as it’s just something else. I can’t really describe the feeling to you but it’s just different. The last few results weren’t great so I can’t wait to try to turn things around and do better than we did before,” he said.

The midfielder believes that Everton can still beat the drop  and make it to mid-table by the end of the season.

“We still have great players and none of them are worse than before despite what people might say. I just believe in this team, the abilities we have and I’m pretty sure that we’ll turn this around,” Onana said.

Everton are just one point and one place above the relegation zone and will be facing Wolves on Boxing Day when the Premier League returns.