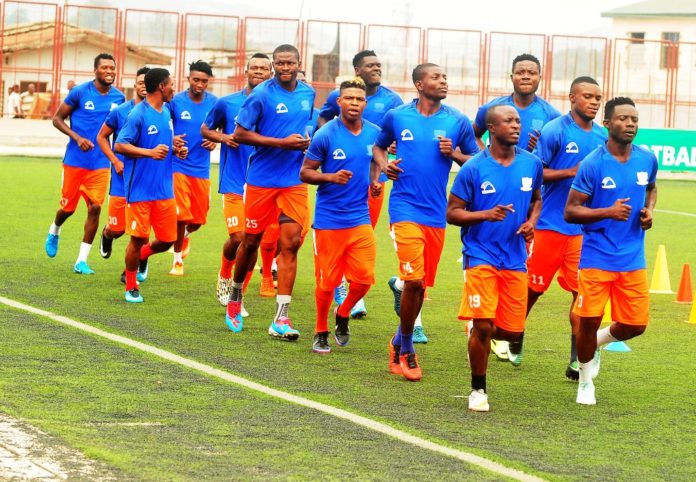 Sunshine Stars Football Club of Akure players have been sacked from the team by the Ondo State Government.

Saka Yusuf-Ogunleye, Commissioner for Youth Development and Sport, announced this through an electronic press statement issued in Akure on Tuesday.

According to Sahara Reporters, the mass sack also includes the team’s technical crew and all other supporting staff.

Mr. Yusuf-Oguleye disclosed that the mass sack in the Sunshine Stars Football Club was based on an order from Governor Rotimi Akeredolu.

“Following the directive of Mr. Governor to reposition Ondo State Football Agency for better performance and effective output, it has become necessary to dissolve the technical crew, technical pool staff, and players of the Sunshine Stars Football Club of Akure,” he said.

“It is on record that the team managed to escape relegation last season and ended up in the 18th position out of the 20 teams that participated at the just-concluded football season.

“However, the crisis that rocked the NFF during the season gave an automatic ticket to all the teams for the new season and saved Sunshine Stars from being relegated. In view of these poor performances, it has become necessary to reposition the team for better performance during the forthcoming season.”

According to Yusuf-Ogunleye, a new team would be set up and re-positioned under the Ondo State Football Agency (ODSFA) for better performance and effective output.

Yusuf-Ogunleye appreciated the efforts and contributions of the affected staff to the team over the years and assured them that their entitlements would be paid.