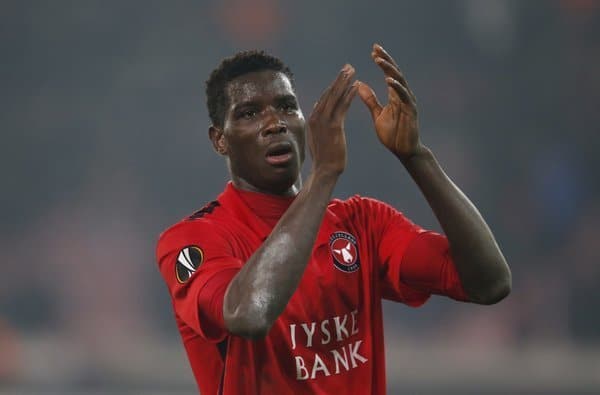 Paul Onuachu has still not tasted action for FC Midtjylland and missed his third game since returning to the club from the 2019 AFCON campaign with Nigeria.

On Sunday, Onuachu was left out of the matchday squad by Manager Kenneth Andersen as Midtjylland struggled to secure a 1-1 draw at home against Hobro.

His Nigerian compatriot, Ogochukwu Onyeka was on for the entire duration of the encounter.

The visitors took the lead through Paal Kirkevold, who scored from the penalty spot in the 84th minute.

The result leaves the 2017/18 league champions two points adrift of FC Copenhagen after six round of matches played in the new season.

Meanwhile, the forward’s lack of game time could hinder the forward’s chances with the Super Eagles when Nigeria take on Ukraine in an international friendly next month.

There are just two more league matches before the September 10 date for the friendly in Dnipro.

Onuachu is one of only two centre forwards invited by Nigeria’s Head Coach, Gernot Rohr.