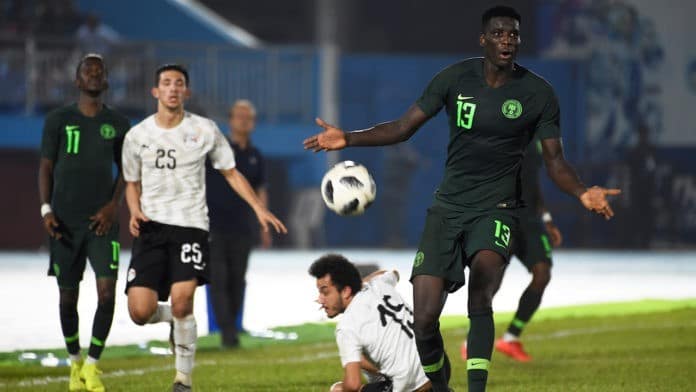 Paul Onuachu scored the second fastest goal in the history of international football during the international friendly game between Nigeria and Egypt.

The Super Eagles debutant blasted the ball past Egypt's goalkeeper, Mahmoud Gennesh, less than seven seconds after the kick off at the Stephen Keshi Stadium, Asaba.

Lukas Podolski's strike after six seconds for Germany against Ecuador in 2013 remains the fastest goal in history followed by Onuachu’s goal.

The win was Egypt's Coach, Javier Aguirre's first loss since he took over the reins of the Pharaohs.

While the Pharaohs didn’t have Mohamed Salah, Ahmed Hegazi and Elmohamady, Nigeria also left out her stand-in captain, Ahmed Musa as he was said to have returned to Saudi Arabia for a club engagement.

Egypt tried to get back into the game, but the Super Eagles' defence marshalled by the day's skipper, William Troost-Ekong was a hard nut to crack.

Super Eagles' coach, Gernot Rohr speaking after the match saying his team would now focus on building a team for the Nations Cup.