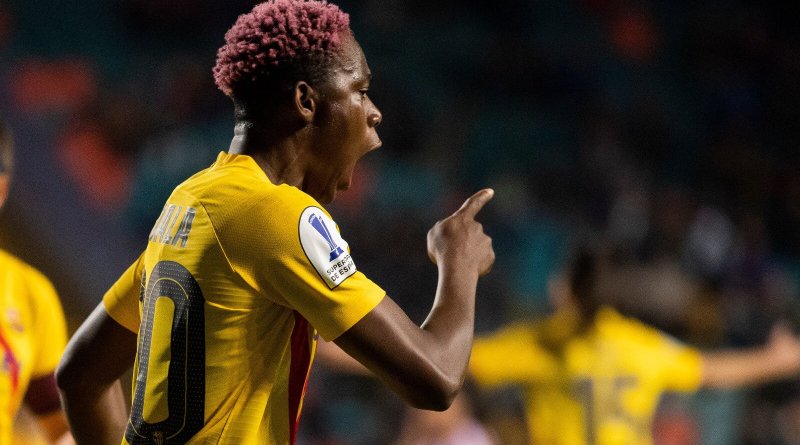 Asisat Oshoala bagged a brace and gave an assist as Barcelona Ladies walloped Real Sociedad by 10-1 to emerge champions of the maiden Spanish women’s Super Cup.

Oshoala scored Barcelona’s fourth goal in the 34th minute of the encounter and added the seventh goal on 51 minutes.

Also, the Super Falcons star provided the assist for the sixth goal in the 44th minute scored by Alexia Putella.

She won the Nigeria women’s league and FA Cup during her spell with Rivers Angels.

And when she was with Arsenal Ladies, she won the women’s FA Cup and also won the Chinese women’s Super League with Dalian Quanjian.

The Spanish women’s Super Cup is a four-team arrangement, which includes a semi-final round, similar to the new format established for the men’s Super Cup.