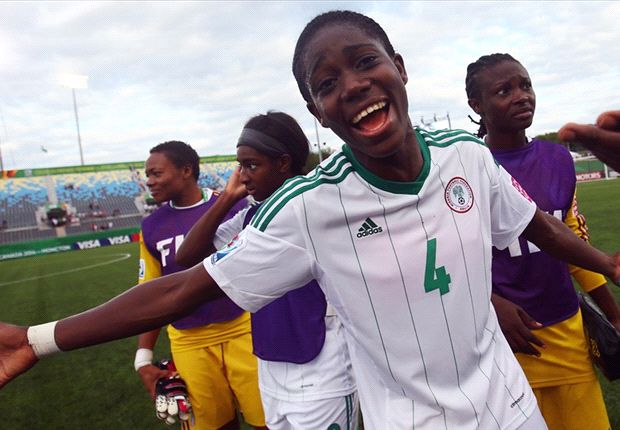 The Super Falcons thrashed Equatorial Guinea 6-0 at the Cape Coast Sport Stadium as Nigeria advanced to the semi-finals of the African Women's Cup of Nations in Ghana.

Two-time Africa women's player of the year Asisat Oshoala scored a hat-trick in the game to continue the Super Falcons resurgence after the opening game blip against South Africa.

Francisca Ordega, Desire Oparanozie, and Rita Chikwelu were also among the goal scorers as Nzalang Nacional of Equatorial Guinea had to endure a miserable evening against the high-flying Super Falcons.

In the other group game in Accra, South Africa and Zambia ended in a 1-1 stalemate for the Bayana to finish top in Group B.

Defending champions Nigeria will face 2016 finalists Cameroon in the semi-final on Tuesday with the hope of retaining their title.