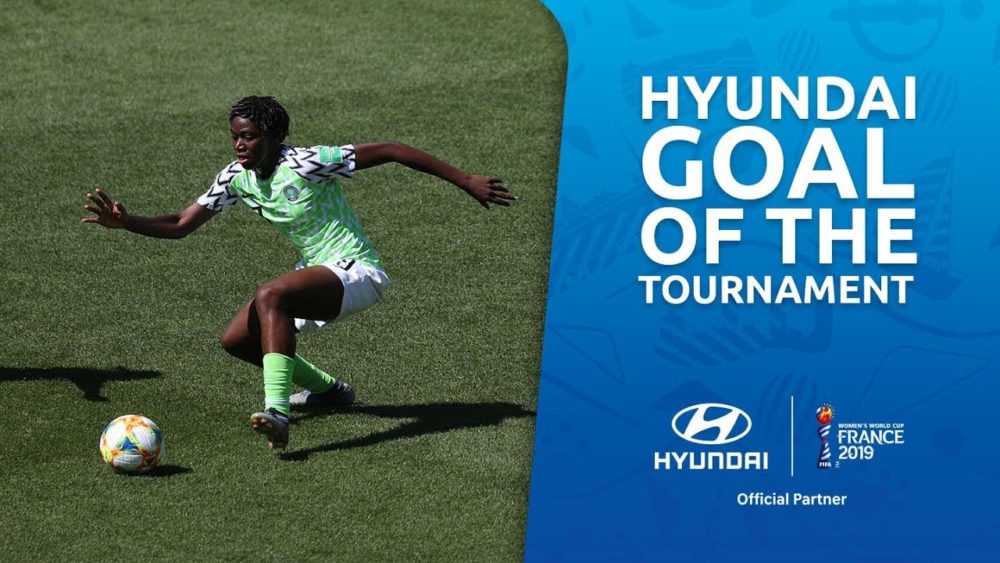 Nigeria’s Super Falcons forward, Asisat Oshoala has been named among nominees for the best goal at the just concluded FIFA Women’s World Cup in France.

World football governing body listed out the best 10 goals of the tournament on Monday and Oshoala’s second goal against the Korea Republic featured prominently on the list.

The goal was, fortunately, the only goal Nigeria scored in the tournament, the other goal was an own goal from a Korea defender, the game ended 2-0 in favour of Nigeria.

Fans will have the opportunity to vote for their favourite goal of the tournament on FIFA website till July 17th, 2019.