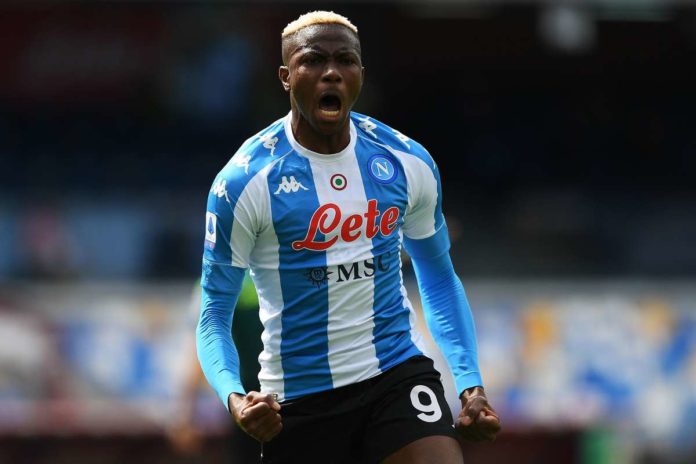 Osimhen opened the floodgates for the visitors after Lorenzo Insigne latched onto a superb ball over the top, and the Italian star kept his composure to calmly lift the ball over the onrushing goalkeeper before Victor Osimhen made sure of the goal by poking it in just before it crossed the line.

The 22-year old former Lille striker has now scored three goals in three matches across all competitions for The Naples this season.

Later on in the match, the visitors doubled their advantage, after a wonderfully executed free-kick move, straight from the training ground culminated in Amir Rrahmani heading home to score his first goal of this season.

Kalidou Koulibaly and Hirving Lozano's goals in the second half wrapped up a comprehensive beating on Udinese.

With the win, table toppers, Napoli became the third team in the history of the Italian SerieA to score in thirty consecutive matches and will be hoping to extend the record in their next date against Sampdoria in the weekend.