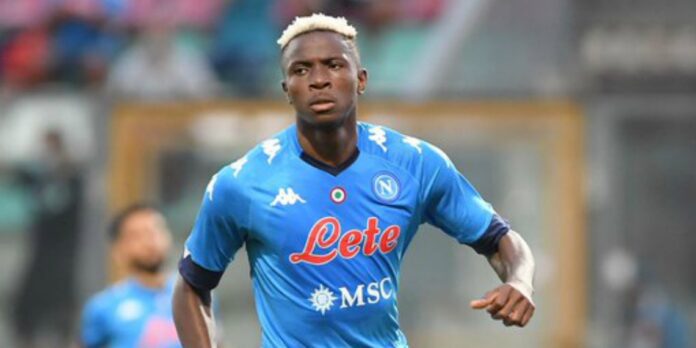 Super Eagles striker Victor Osimhen can now boast of his first major award in the Italian Serie A after he was named the player for the month of September.

Osimhen has been in brilliant form for the Neapolitans and has now been rewarded for his extraordinary performance.

Four of those goals were scored in the Italian top-flight, firing his first goal of the month against Udinese before netting a brace against Sampdoria and then adding another strike against Cagliari.

During this period, Osimhen also won two penalties for Napoli and helped them maintain their 100% start in the league.

His performances have not gone unnoticed, and he has now been rewarded with the player of the month award.

In addition, Osimhen scored three goals in the Europa League, including a brace against Leicester City.