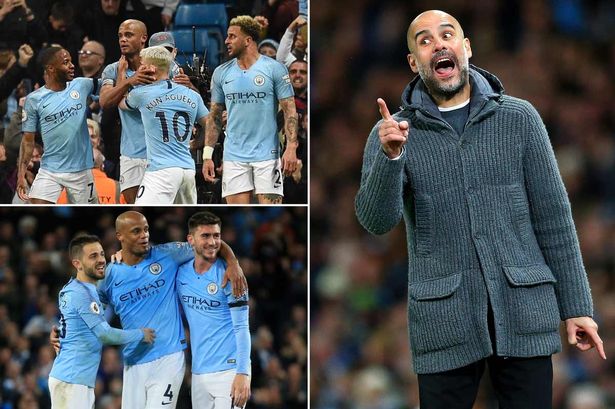 Leroy Sane’s move to Bayern Munich is edging closer after Pep Guardiola made his mind up about the 23-year-old’s chances of getting more game time.

The former Schalke man was snubbed from Germany’s World Cup squad last year, and his problems have only continued since, with his number of starts this term down compared to the year before.

According to German outlet Kicker, Bayern’s interest in Sane is serious, as they look to replace outgoing duo Arjen Robben and Franck Ribery.

Guardiola has been pleased with the progress of Riyad Mahrez this season and could look to give him a more high up role next term, rather than fusing Sane back into the side.

And with it not likely that either Raheem Sterling or Bernardo Silva will be dislodged from the starting lineup after their impressive campaigns, it could be time for the winger to move on.

With Guardiola having managed Bayern before, there is a good relationship between the two clubs, increasing the chances of a deal going through.

However, Sane, whose contract runs until 2021, will not come on the cheap, as he is reportedly valued at around €70m.

Manchester City had been in talks to offer an extension to Sane’s current contract, but Sane has delayed over a decision.

The Bundesliga champions had turned down the chance to sign the forward because of their surplus of wingers at the time. With that no longer an issue, they could be set to make a fresh attempt to take him back to Germany.